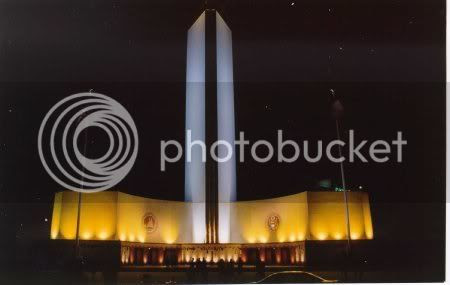 I am testing these ideas. I'm developing this approach as I go along, thinking out loud.I don't expect anyone take it as a full blown system. It's being born before your eyes. I have made some progress in finding a name. I think "realizing God" is misleading. The name I have found is something atheists will jump all over because they really hate big words. Using big words make them feel inferior becasue they can't look them up. I have to admit I think a lot of theological jargon is off putting. The original version of this approach was "REalizing Godfollowed logically enough by More on realizing GodFollowed by the most recent On My Realizing God Approach

John MacQuarrie refers to Tillich's God as being itself thing as "existential Ontology or existential phenomenological Ontology. That's a mouth full.It sounds too Ponderous, sure to be off putting. What it means: existential refers to the non systematic dealing with one's own existence or some fact of the nature of existence from a first person perspective. Phenomenology int is case basically means a description of the characteristics one finds first hand, but probably since Tillich is involved some sort Heideggerian version of phenomenology might be implied. Ontology is the study of being. It's a discipline in philosophy. Thus we are dealing with a first hand account of the nature of being as we experince it in our own lives. Since I don't want such a gummed up name, I think I'll call it:

An existential approach to the existence of God. Or perhaps "existential ontology."

The purpose of taking a new approach is because I've come to realize the inadequacy of God arguments. Not that they don't demonstrate a rational basis for belief, and so much because atheists don't understand and don't listen to them (although that is certainly true) but: (1) they really reflect the true reasons for belief;(2) they usually turn on a paradigm that will eventually shift leaving the argument unless (perhaps the paradigm shift that will come to big bang cosmology will deal a crushing blow to versions of the cos argument that are too dependent upon BB cosmology. When first of unveiled my approach on carm a few weeks ago it was met with unbelievable hostility. I figure it must have sacred the hell out of them because they certainly reacted to it as a major threat. Yet one of the few thoughtful ones on the board said "he's found a way to side step the usual question begging and unprovable dogmatic assertions that usually go with arguing about God."

Both reactions tell me it's worth to keep trying. Both becasue the animosity level was at a fevered pitch, they were clearly afraid of the potential. The statement one of the more thoughtful thoughtful made clearly indicates that it side steps a lot of the unnecessary banter. But then it's also been greeted with a lot of doubt and an overall sense that it has it's just a lot of confusion. The major reason is because people treat it as though I've said "we don't need reasons to believe things, just beileve it for the goodness of belief itself." Of course I said nothing even slightly resembling that. The original point was to just deliver a death blow, one elegant death blow to the taunting pissing contest that is awaiting Christians when atheists on the boards use the little taunting statement "there's no proof for your God." I want to be able to just say: there is no need to prove. I can say that, Schleiermacher gives us that. But I want the full weight of Western thought to come crashing down upon them, not they they will what hit them.

Let's start with one piece at a time. The basic overview of the existential ontology is that there is no direct scientific proof of God of the sort atheists demand (ie direct empirical scientific data, or forensic evidence, fingerprints, mug shots ect) simply because God is transcendent of sense data and transcendent of human understanding. Thus it is not an important matter that there is no empirical evidence. There need not be. In fact Tillich believed that proofs for the existence of God were an affront to the glory and dignity of God. O but this is just blasphemy int he atheist anti-church. Its' heresy! the atheist demands that we believe that the only only valid form of knowledge is empirical scientific data, thus any attempt to side step this is just the same as saying that one believes in the supernatural! we can have that! Why if we go saying things like that atheists wont listen to us. They might even be a bit testy on message boards.

Of course they interpret this to mean "we can just beileve things because we like them and we don't need reasons." It would never occur to them that personal enlightenment could be a valid reason. That is a good analogy because it's exactly what i'm saying. I am saying this:

Belief in God is much like the enlightenment that Buddhists talk about in that it is a private and personal revelatory sense of the reality and truth content of God. It's literally realizing that god is real!

How does one offer this as proof? One does not. it need not be offered as proof. why would one need proof if one knew for a fact? Well of course there's always the idea of convincing others, but since the are closed to enlightenment themselves and refuse to seek God there's not much point in offering a proof they only intend to argue with and never take seriously. Now one criticism might be that I'm just writing atheists off. Just the ones who don't want truth. The more difficult question is how does one go about having this sort of "realization?" There's the problem haven't the slightest idea. I don't even know how I had it. I know Go didn't it for me, it's something I'm sure God allowed or worked about in my life. But I don't know how. I know the experinces I had ut I have no idea how to tell others to have them. Yet I don't feel this is a real draw back. Because I think the process of search is self validating. To seek is to find. If somone is interested enough to actually listen then one is half way there already. Of coruse there are things one can do to bring mystical experince. Go smoke some mushrooms and paly classical music. I don't recomend that. But it will more than liley bring on a mystical experince. If not the police and if not psychologicla problems (it is very possible to have a "bad experince" on psilocybin).

There are devotional and meditational techniques one can use. But none of this is the point. I don't say just go have a mystical experince and then you are saved. Knowing is a relationship that has to be cultivated over time and it requries a committment. You can't just expect a quick fix (no pun) from some momentary experince, although the studies show that those who have such experinces are very likely to have transformed lives (as high as 80% for some studies). But I"m really not trying to seel experinces. The main brunt of my appraoch is to expalin certain ideas and conepts that focus one's attention on the reasons why one might believe and in so doing to promote a realization of the God reality. I don't mean here a full blown "mystical" experince, but just a small realization that God is real.

This is what I have called "focal points." Focal points are what used to be "God arguments" in my old scheme only now they are not intended to prove anything they are just a way to get oriented, the get the ball rolling so that thorugh seeking one might have a realization of the reality of God. There can be as many of these as there are people to have them, certainly as many as there ae God arguments. But certain one's strike me as more outstanding then others. These are:


Tillich's Ground of Being

I'll go over a couple of these and other points of interest in the weeks to come.
Posted by Joseph Hinman (Metacrock) at 7:38 PM

"Focal points," yes-- because many times people need to see it is not irrational to think there might be a God, before they can open their hearts to seeking Him.

As for the seeking-- I've found that a certain attitude of openness and humility is very helpful to actually having an experience of God. Plus an understanding that God is God and we are not. That if we do encounter God, we will be willing to treat God as God and not just as another fact in our normally self-centered universe. :)