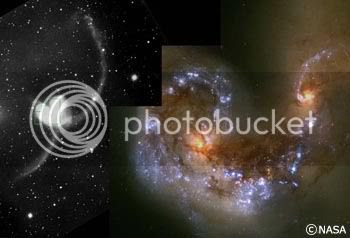 1archaic : ungodliness , wickedness2 a: a disbelief in the existence of deity b: the doctrine that there is no deity


Atheists sure insist upon the notion that atheism is just a natural lack of belief in something, yet nothing could be further from the truth. Almost every dictionary definition before the 1990s said that Atheism was the rejection of belief in God.

Now most include two things (1) rejection (2) mere lack. Why? Because with he advent of the Internet age atheism got a new lease on life and was given this organizing tool, it began crowding out agnosticism. Agnosticism began to appear in the guise of "weak atheism." Then atheism became a mere lack of belief that sees itself as a natural default position. Atheists love to think that all people are born natural atheists, which is obviously disprove by the recent studies about brain structure and innate ideas of God.


Atheism has never been merely a lack of belief. If you were honest about what you really think, your behavior and tendencies, it always accompanies certain assumptions about the nature of the world, about naturalism and about physical laws.Atheism is clearly more than just the lack of a belief, which really should be called "agnosticism."


Among the many assumptions that go into atheist position is the one about a default assumption. Atheists like to tell themselves that since atheism is merely a lack of belief, babies are born with no belief, thus babies are born atheists. They like to say that because they are so overwhelmed by the general population that's the only way they can feel good about their numbers. Seriously, that's a joke, but really it is indicative of the notion of a "default" assumption. They think that since atheism is merely lack of belief then there must be a default, a position one falls back upon in the abases of proof, and that position is, of course, atheism since lack of proof should logically yield lack of belief--i.e. "atheism" in their view.

Of course the default assumption is undermined by the evidence on "God Pod" and other evidence which makes it clear that there is a religious instinct.


I've always thought the atheist default position was pretentious and presumptive, and designed by someone who just lionized atheism. But there should be a religious default position to the extent that there's no particular reason to assume naturalism over any other position. The world doesn't come to us wrapped in philosophical labels. We have to go to school and teach them, and most of the time they play on our prejudices. There's no reason to validate one over another form the outset.

But my religious a prior argument would argue that religion is not derivative from other disciplines but is a valid thing in itself own right. As such we can assume the properly basic nature of religious belief as a 'default" position


a. Materialism based upon cause and effect

"...The belief that everything that exists is ether matter or entirely dependent upon matter for its existence." Center For Theology and the Natural Sciences Contributed by: Dr. Christopher Southgate: God, Humanity and the Cosmos (T&T Clark, 1999) Is the Big Bang a Moment of Creation?

"...Beyond the Christian community there was even greater unease. One of the fundamental assumptions of modern science is that every physical event can be sufficiently explained solely in terms of preceding physical causes. Quite apart from its possible status as the moment of creation, the Big Bang singularity is an offense to this basic assumption. Thus some philosophers of science have opposed the very idea of the Big Bang as irrational and intestable."

b) Something from nothing contradicts materialism

"We are content with superficial orderings form diverse arbitrary starting points ... science which is employed in their development [modern thought] is based upon a philosophy which asserts that physical cessation is supreme, and which disjoints the physical cause from the final end. It is not popular to dwell upon the absolute contradiction here involved."[Whitehead was an atheist]

It was LaPlase's famous line "I have no need of that Hypothesis" [meaning God] Which turned the scientific world form believing (along with Newton and assuming that order in nature proved design) to unbelief on the principle that we don't' need God to explain the universe because we have independent naturalistic cause and effete. [Numbers, God and Nature]


c) Rejection of final cause


3) Probabilistic Justification for assumption of Cause

We still have a huge justification for assuming causes inductively, since nothing in our experience is ever uncased. The mere fact that we can't see or find a cause isn't a proof that there isn't one.


4) Therefore, we have probabilistic justification for assuming Final cause

Thus, the basis upon which God was dismissed from scientific thought has been abandoned; the door to consideration of God is open again. The reliance upon naturalistic cause and effect in consideration of ultimate origins is shattered, but this does not make it rational to just assume that the universe pooped into existence with no cause. Since we have vast precedent for assuming cause and effect, we should continue to do so. But since naturalistic cause and effect seems unnecessary at the cosmic level, we should consider the probability of an ultimate necessary final cause.


I've been attacked by atheists saying that this position betrays modern science. But it is modern atheism that betrays modern science, because this position flows right out of a historically conscious take on materialism. The problem is atheist ear OT historically conscious. They have already abandoned the basic philosophical premises which took them into the modern world and which seemed to give them an edge over Christianity and religious thought, and most of them don't seem to care. Like my argument on "Materialism vanishes" I think modern atheism vanishes.
We don't have atheists anymore. What we relay have is a bunch of people with a default assumption for not having a belief.
Posted by Joseph Hinman (Metacrock) at 5:58 PM