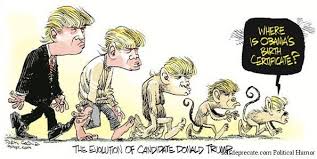 When we first began to see Trump's appointments to his new cabinet and the federal bureaucracy it seemed obvious to  my friends and I that he was trying to destroy the workings of government, This is because he appointed so many unqualified people,such as Rick Perry for energy, and people  who had a history of seeking the destruction of the department they were placed over (such as Perry) it was clear he didn't want government to work. We never dreamed, however, that this was only the tip of the  ice berg. Not only does he not want government to work but, having no idea of government';s real function Trump has actually destroyed the most impressive information  apparatus in human history. I am not talking about the information Nixon collected on his enemies but scientific  information  on things like how to tell if a country has nuclear weapons or the nature of global warming. Michel Lewis, described as a "finance professional" (he worked for major stock brokers and now writes best sellers about money and statistics) [1] haws checked back in to see how it;s working and it is alarming.

First, there is always a transition team that goes to work as soon as a candidate wins the Presidency. Trump's team was  put together on the spur of the moment, they never really went to work. All administrations prepare the transition team of their successors in transitioning  because it's their one chance to influence the next administration. The Obama team put together one of the most impressive arrays of knowledge and briefing in the history of presidential transistor teams. The alarming fact is not one of the Trump people showed up for any of the briefings. [2] "One way to think about the US government, Lewis realized, was as a manager of big risks – from military conflict, to financial collapse, to natural disaster. As risk-manager-in-chief, Trump now had the frightening ability to boost the odds of catastrophe from, say, one in a million to one in ten thousand 'over a vast portfolio of risks.'” [3]

The Trump administration, however, is not merely ignorant but committed to removing critical data we need to make civilization work:

The worry has escalated to a near-panic among some environmental and transparency advocates following the disclosure last week that Trump transition officials at the Energy Department issued a questionnaire demanding the names of employees who took part in climate negotiations, as well as controversial efforts to estimate the social costs of carbon emissions. The Trump aides also sought details of how the agency calculates the costs of alternative energy and asked for a list of all websites where scientists at national laboratories post information "during work hours."[4]

Scientists and other tech savvy Liberals have been working over time feverishly trying to save and hide as much data on global warming, air pollution,  and other red letter needs as possible. [5] Those were fears expressed at the  outset right after the  election. "Almost immediately after Trump’s win on November 8, 2016, and up until the day of his inauguration on January 20, 2017, a vast network of volunteers worked tirelessly to back up as much scientific data on government websites as possible."[6] As it turns out the ware not merely alarmist precautions.As early as that following Spring scientists began seeing their data vanish. Victoria Herrmann us an arctic researcher, In the Sprig of 2017 she wrote that she had begun to see data disappearing from the net. These were documents that logged the progress made in documenting global warming and discussion of strategists for dealing with it, "Since January, the surge has transformed into a slow, incessant march of deleting data sets, web pages and policies about the Arctic. ...Each defunct page is an effort by the Trump administration to deliberately undermine our ability to make good policy decisions by limiting access to scientific evidence."[7]

Environmental policy as a whole is is being sabotaged by the removal of data and changing of government's data availability.  Overt reference to Green house gases as the cause of global warming are gone, "Vital information that state officials and experts could use to respond to flooding, hurricanes, and other natural disasters is no longer easily accessible on the web, EDGI says. For example, plans the EPA drew up for "climate change adaptation" — including advice about how to prepare for flooding and get protection from toxic chemical exposure —are much harder to find now."[8] Remember the response the hurricane Puerto Rico? That might also explain cock ups like not preparing a way to re-unite the kids with the parents  at the boarder, The Obama administration had to deal with that at one time on a lesser scale, but if the Trumpies didn't go to the briefing they would  not have known.

There is more to the problem than just the propaganda value of changing websites. This policy is interfering with actual scientific research.


Now, more than a year into the Trump presidency, it’s become clear that concerns about a coming assault on science were well founded. From deleting references to climate change on government sites to undermining and misrepresenting scientific research, the administration’s attack is so widespread, it’s almost impossible to adequately monitor. ...says Kim Knowlton, deputy director of NRDC’s Science Center. “Without information, we can’t help society, which is what we’re here to do as scientists. It’s so frustrating.”She notes that by making it more difficult—and in some cases impossible—to access data, the Trump administration is multiplying scientists’ research time, cutting down on their efficiency, and ultimately putting public health at risk. Indeed, the consequences of suppressing information and stifling research are dire. Most immediately, for example, it could prevent scientists from identifying potential disease outbreaks. In the longer term, by manufacturing gaps in data collection, it jeopardizes the richness and integrity of 250 years of American scientific inquiry...[12]

The problem is not just limited to environmental issues or even to scientific research, the full range of information is in jeopardy.


If you wanted to know who visited the White House, how much the president’s secretary is paid, or which state has the most federally funded teaching positions, the information was just a few clicks away. With a bit more technical knowledge, you could explore public data sets to analyze the president’s budget, or look for trends in government spending.No more.Dozens of data sets disappeared last week from open.whitehouse.gov, a website the Obama administration created to promote government transparency.[13]

The old data that has been changed is not just deleted, there is a law against that. Rather it is made much less accessible. It's  archived and in non user friendly ways so that one must be a tech wizard to find it.[14] White house visitor logs may seem like just a matter of tourism but in fact they tell government watchdogs who is doing the lobbying and who getting the attention., Those data are now closed. [15]

Since the 1980s the Republican party has cultivated the concept of big government as a threat to freedom and private Enterprise. We have forgotten,  and the Republicans themselves habitually avoid thinking of government as the necessary arm of progress that it is and must be, Not only do we need federal  bureaucracy and centrality and power to cope with natural disaster, disease,and war, but it's also a vast clearing house of data and information,scientific knowledge and research and make research  possible in all fields. The Trump administration does note even comprehend this aspect of  government. Not only do they have no interest i using it and providing these fictions  but their only interest in using the knowledge apparatus of government is to use it as a tool for their propaganda.

Not only use it for propaganda but they don;t even care that the federal apparatus has the information to disprove their views, they do not care about truth. They have the data to show that global warming is real and that it is man made, they can easily see it's not a hoax. But they make it into a hoax  by hiding the data that proves them wrong. They merely want to enrich  themselves,s that is their only interest in government data. Toward that end they are willing to lie, to  subvert and destroy humanities's quest for knowledge at the highest level but they do so with absolutely no concern for what that means for humans in the future.

If we had a congress made up of statesmen  and lawmakers congress could write legislation compelling   the executive to restore Obama era openness and availability in data. But  the congress we have is a sea of invertebrates who crave Trump's favor. In one month we could have a responsible congress which will watchdog the executive branch but we have to elect them. We have to go to the polls and vote them in,Here's a tip,vote Democrat! Talk your friends into this it is crucially important,
i

[1] Liars Poker; Money Ball; The Undoing Project; and others.

[7] Victoria Herrmann, "I am an Arctic Researcher. Donald Trump Is Deleting My Citations," The Guardian (March 28,2017)
https://www.theguardian.com/commentisfree/2017/mar/28/arctic-researcher-donald-trump-deleting-my-citations
(accessed 10/2/18)

Posted by Joseph Hinman (Metacrock) at 4:27 AM

"Since the 1980s the Republican party has cultivated the concept of big government as a threat to freedom and private Enterprise."

You would think rank-and-file Republicans would be more alarmed. The federal government is still very big, but now it's much harder to see what it's doing or hold it accountable. If it were a Democratic administration that was hiding data, the Republicans would be fearing that their worst nightmares of government tyranny were coming true. This shows that they're not so much distrustful of big government, as distrustful of the other tribe.

that so tie it's absurd for them to say things like deep state,they are the deep state!