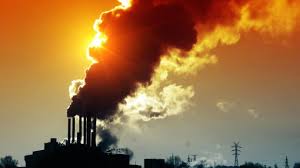 One continual themes since the resistance began (since Russia took over the presidency) is Trump's war on EPA. That is no joke, we can quantify how many lives Trump's lattest scheme will end. That scheme being the repeal of Major Obama era carbon emissions rules. "The Environmental Protection agency announced on Tuesday that Scott Pruitt, the Chief of the agency, had signed a measure to repeal President Barack Obama's signature policy to curb greenhouse gas emissions from power plants...." [1]

The Clean Air Task Force (CATF) has studied the effects of fine particle emissions from power plants since the year 2000. These are empirical scientific epidemiological studies. There are now 7,500 deaths each year from power plant emissions. [2] This may sound like a lot but its actually down by 50% from the time before the Obama regs,

In 2000, 2004 and again in 2010, the Clean Air Task Force issued studies based on work by Abt Associates quantifying the deaths and other adverse health affects attributable to the fine particle air pollution resulting from power plant emissions. Using the most recent emissions data, in this 2014 study, CATF examines the continued progress towards cleaning up one of the nation's leading sources of air pollution. This latest report finds that over 7,500 deaths each year are attributable to fine particle pollution from U.S. power plants. This represents a dramatic reduction in power plant health impacts from the previous studies....Our 2004 study showed that power plant impacts exceeded 24,000 deaths a year, but by 2010 that had been reduced to roughly 13,000 deaths due to the impact that state and federal actions were beginning to have. The updated study shows that strong regulations that require stringent emission controls can have a dramatic impact in reducing air pollution across the country, saving lives, and avoiding a host of other adverse health impacts. The study also shows regrettably that some areas of the country still suffer from unnecessary levels of pollution from power plants that could be cleaned up with the application of proven emission control technologies.[3]

The 2004 study showed 24,000 deaths a year, I show above its down to 7,500, that's 17,000 lives a year saved by the regs!. [4] Market forces are moving us away from Coal. There is no question this will be, power plants are closing and the large industry is committed to it. Coal Fired energy in US has fallen from 51% in 2008 to 30% in 2016. [5] The market story creates a complex issue. The question becomes how much, how soon? We can retard the drift away from coal as Trump is trying to do,or we can facilitate moving to more healthy sources of energy that furnish employment.  Neither candidate in the election had the presence of mind to say that. The shift has meant 80% less sulfur dioxide, 64% less nitrogen oxide, 34% less carbon dioxide [6] For those who don't know those things are  not good to breath.

Those who are oppose to saving lives will always argue jobs. the Trade-off, jobs vs breathing. Jobs will always win, We see this in the election. of Trump. The Koch brothers (Charles and David sons of Fred C.) and other billionaires have orchestrated a huge grass roots campaign that started long before the election,It was working overtime during Obama's time as the rightful  president. That movement produced the bedrock of Trump's support.[7]

It involved a massive public relations campaign taking over local news broadcasting across the country plus grass roots ralleys. They fomented the lie that science is undecided about climate change [8]and since climate change can't be proven to be caused by humans the greatest risk is in disturbing our wonderful life style which allows the K boys and Trump to get richer. They fostered the image among these grass roots types that science and climate change and pollution are just fancy ideas by egg heads or the cultural elite who can afford to control their so corralled "carbon foot prints," ":whatever that is" (nudge nudge).Trump's second  phase of EPA destruction has been replaced by anti-EPA people  Trump has put in charge of the agency,

The old time administrators are angry and depressed and some long time officials retired or were fired by Trump. they were then dismissed as "disgruntled" but they report the agency is being destroyed from  within,[9] "Scott Pruitt, a fierce defender of fossil fuels, is on a crusade to gut the environmental agency he now leads..They can now toast Scott Pruitt in coal country, perhaps with plastic flutes of toxic rain. Tuesday brought what New Yorker writer Jane Mayer has called the “triumph of the anti-environmental movement.” It’s a triumph you can watch on Wednesday’s installment of PBS’ Frontline." (see fn 8) [10]Pruitt was not merely a critique of the EPA he advocated eliminating it and now he has his chance.

It's not just limited to power plants, in April OP ED published "Trump's War On EPA Continues in which we said,

U.S. automakers may not have to reach fuel efficiency standards that were set during President Obama's administration, as the Environmental Protection Agency says it's reopening a review of the rules.President Trump is expected to make that announcement Wednesday in meetings with auto industry executives and workers in Michigan.In Washington, a senior White House official said the president wants to "set standards that are technologically feasible, economically feasible and allow the auto industry to grow and create jobs."The Obama-era rules stemmed from an agreement the government reached with major vehicles in the summer of 2011, setting carbon dioxide emissions targets for passenger cars and light trucks that were equivalent to the industry's fleet of achieving an average of 54.5 miles per gallon by the 2025 model year.The reopening of the rules review comes after a request from the Alliance of Automobile Manufacturers, an industry group that represents both domestic and foreign automakers. The group's request came last month, after the confirmation of Scott Pruitt as EPA administrator. [read More] [11]

Studies show the situation is even more alarming with auto emissions than with power plants. The new MIT study puts auto emission deaths at 50,000/yr [12] including powerboats and other sources it goes up to to 200,000/yr! [13]

John Kenneth "Ken" Galbraith, in The New Industrial State, [16] tells us that the bench mark economic efficiency is not written in stone but can be measured anyway we choose to measure it. We choose to measure it in terms of profit margin because those who own the means of production want it that way. They don't value human life so they don't consider that 200,000 as anything but Collateral damage. Economic efficiency could me measured in terms of our ability to supply vital resources to those who need them. As log as we allow those who put profits over lives our efforts to support a vital economy will be negated, We might have jobs but those we seek to support will die of cancer caused by the jobs we do to support them. We need to endure government regulation as long as the wonders of production don't care who they kill to get richer. We need to vote in a government that will regulate pollution.

Posted by Joseph Hinman (Metacrock) at 7:54 AM