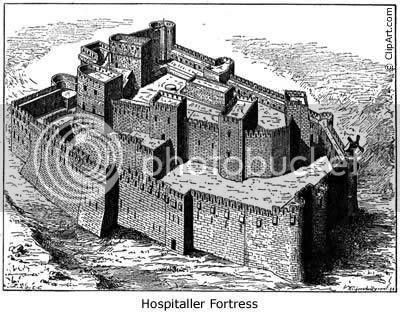 my diatribe on the fortress of facts:

This is a means I have adopted of bringing to attention to the fact that atheists use a ploy implying that their world view is backed up by facts and ours is not. One can see this ploy at work all the time but they never fess up to it. Observe how many times you have heard atheists say "there's not one single fact to support belief in God." That's extension of their assertion about their fortress of facts.

Atheists on CARM always dney that they use the stratagem of the fortress of facts. But look at any argument they make and for most of them in most of the arguments they advance (the few times actually make any aside form incredulity) They argue form the fortress.

The pathetic arguments about consciousness advanced by atheists on this board are a prime example. Think by the number, we can only bleieve stuff if we have a mountain of numbers backing it up, that means we have all the facts on our side they stack up to a totally proved giant world view.

Yet the fortress is bad up of selected, purposely chosen "facts" (mostly propaganda and assumptions) chosen becasue they back the ideological template.

counter evidence is mocked and ridiculed out of the way.

They were gimmicky enough to steal the new clothes metaphor before we got to it, but it's much more apt as a description of the atheist fortress of facts.

there is no fortress. there are no "facts" that support your view.

you want to say that the fact that none of my studies include an official finding that God exits, so I can't make God arguments using their data.

None of the studies you use on brain or anything else have as official findings "there is no God." so therefore you have no fortress of facts.


the fortress of facts is a true social construct. Its' based upon cultural ideas and assumptions rather than facts. There are NO official scientific findings that say "there is a fortress of facts that supports atheism"

So, are you saying that when it comes to forming a view on something, its best to ignore any facts on the subject?

how in the hell do you conclude that? so you think if you just select a bunch of stuff that helped your view and ignore the stuff against it, and assume a bunch of stuff to fit the material that backs you, and pretend there's no counter, then you have actually proved something?

Ok, so are you saying then that when one is trying to form an opinion on something it is best to take any facts into account?

listen up: The assertion that atheism is backed by a huge pile of established facts is garbage.

(1) the only "facts" are selective and thing that oppose atheism are excluded.

(2) most of the so called "facts" are merely assumptions.

The idea that theis has no basis in fact to support it while everything atheists claim is supported by science, is crap.

It's just an ideology.

Is this not a straw man? The reason I, and I think most atheists, are atheists is because of a lack of facts to support theism.

Isn't that just a version of what I'm arguing against?

I'm deviating from the topic of your thread, to challenge one particular aspect of the OP. I have no interest in discussing your "fortress of facts" rant. If you don't want to pursue the discussion that I've initiated, feel free to not respond.

Now, on to my point. I have not read your studies. Your studies do not provide you with rational warrant to believe in God. Go.

Don't claim to. Not interested in discussing the topic. If you feel that the topic that I am pursuing is derailing your thread, feel free to not respond.

I have not read your studies. Your studies do not provide you with rational warrant to believe in God.

then pershaps you shouldn't be in my thread. HU?

that really does seem kind of red herrinish don't you think?

I argue that consciousness is not brain function it can't be reduced to brain function. The hard problem is one way of proving it. This the approach by David Chalmers. He uses an analogy to show that the content of consciousness can't be expalined by facts about the way the brain works.

one example is a woman who has never seen the color red but who studies color and knows every fact about how the brain works when it observes red. Yet known these fact doesn't enable her to know what red looks like. One atheist atheist argued that it does. When I pressed to show how that could be he didn't.

The issue of access came up, that means when they argue that manipulating the brain changes consciousness, I say it's just a matter of how consciousness is accessed. It's not that brain causes mind but that brain accesses mind so effecting the brain effects access. To illustrate I use the analogy about smashing a computer monitor mean you can't access the soft ware but that doesn't mean that hardware is causing software.

You can too access it, you just need another method. If you hook up a logic analyzer you can see the 1s and 0s just fine. I'm not sure what you're getting at with "revoke the software." I get that without a monitor the software is essentially useless, and I don't recall anyone even remotely suggesting that the monitor is the cause of the software.

that's not the issue. no one denies that neurons are invoked in mind. no one! that' snot it! no!

IBM's new supercomputer Watson just kicked butt on Jeopardy. It's software was able to distinguish subtle language mechanics that computers up til now could not. We know both the hardware and the software that brought about this ability. Watson even told a joke to the audience that they thought was funny.

I'm not claiming that Watson is conscious but it is intelligent and the gap is closing rapidly. I believe within my lifetime I will see a conscious computer.

That's still not consciousness. It doesn't mean that the constant has any real meaning for Watson. Giving it a human name doesn't mean it's conscious.

Brain chemistry is paramount for understanding thought, and thoughts can and are effected by drugs and even electric stimulus. For example if you stimulate a brain in the right spot that person will start laughing, touch another and they will have a religious experience. These things show strong support for thoughts and feelings being physical. What do you have from the spiritual realm that is even remotely as convincing? Anything?

Those are still just issues of access. No one denies that there's a close relationship between the mind and brain. The brain accesses consciousness and produces it in the way that a capacitor produce electricity, but the thing itself is part of nature it's not just a side effect of having brain chemistry. Stimulating brain and seeing effects doesn't' prove that mind reduces to brain.


I will deal with this topic in greater detail in the coming week. It's pretty apparent they don't know what's going on.
Posted by Joseph Hinman (Metacrock) at 10:56 AM

I'd like to ask this question: if someone gives me a drug or stimulates my brain such that I hallucinate and think I'm having a picnic lunch in the country, and I can smell the potato salad and feel the breeze on my face-- does that mean picnics and potato salad and country breezes don't really exist?