The Bible has Philosophical Profundity 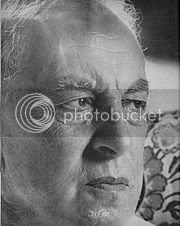 You continue to cite Christian philosophers who ripped off the Greeks because they couldnt find anything of substance in the OT or NT to back up their ideas. That doesnt really prove your point. Aquinas was perhaps the greatest offender. Sure, the modern Christian philosophical idea exists, but it is not sourced to the OT or NT. That is my point. It is a concoction between OT, NT, and Greek philosophy.

What we have here is more ignorance in action. The intellectual heritage of the chruch is ancient and rich. Anyone who doesn't know this is just demonstrating their ignorance. To say that Aquinas "ripped off the Greeks" is just idiotic. Remember Whitehead's statement that all of Western Philosophy is a footnote to Plato and Aristotle? Everyone has ripped off the Greeks! That's why they are the foundation. What does this guy expect Gentile Christians fall back upon when they didn't know the Hebrew tradition?


There are so many writers who demonstrate the profound philosophical implications in the Bible. I'll just talk about three of them but there are many more. virtually any passage contains some philosophical depth. Let's just look at the modern thinkers who bring this out. The First is Richard Kroner. Speculation in Pre-Christian Philosophy.(269 pp. Philadelphia, The Westminster Press, 1956)

showed how speculation developed as a protest against Greek polytheism. For want of a Biblical revelation, however, this protest could only be inspired by a half-mythological, half-intellectual intuition. Even though it prepared the way for the Christian outlook, it exposed the failure of speculation to cope with the deeper aspirations of men. The present volume deals with the rise of Christian philosophy in terms of a tension between ancient speculation and Christian revelation up to the dawn of modern times, the last section being devoted to "the learned ignorance" of Nicholas of Cusa (1401-1464). Not only are ancient systems Christianized, but new insights allow thinkers to perform "a necessary reorganization of metaphysics that called attention to new speculative vistas opened by revelation" (p. 36). The recognition of an "age of Christian philosophy" is accordingly vindicated. Although we must wait for the third volume (which is not expected before 1961) to be carried through the age of the Reformation and subsequent developments, the author makes it clear that strictly speaking, "the age of Christian philosophy" ends with medieval times. The few hints found in the two volumes now in print suggest that the third one will present the modern era as "the Protestant age"-so-called because intellectually dominated by the Reformed tradition. While not appealing to Christian revelation, this age is unable to dissociate itself from its "predominating spirit." Its culmination is reached with Hegel, even as the total victory of speculation achieved in his "absolute science" spells ultimate frustration for a Christianity said to insist on the supremacy of inspired subjective insight over unaided reason.(book reveiw: Emile Cailliet Cape May, New Jersey)

Using Kroner's book one can connect Hebrew prophetic insight and theological speculation with Heidegger primordial thinking. I wrote a paper in the secular history of ideas program (in a class on phenomenology) where I argued this. It made "A" the professor liked it but he said Heidegger wouldn't accept it becuase it had to be Greek. But I think I demonstrated, with Kroner's help that the Hebrews had primordial thinking as well.

was born into a Roman Catholic family in Paris on 13 June 1884. He was educated at a number of Roman Catholic schools in Paris before attending lycée Henri IV in 1902, where he studied philosophy. Two years later he enrolled at the Sorbonne, graduating in 1907 after having studied under many fine scholars, including Lucien Lévy Bruhl, Henri Bergson and Emile Durkheim.

Gilson’s Gifford Lectures, delivered at Aberdeen in 1931 and 1932, titled ‘The Spirit of Medieval Philosophy’, were published in his native language (L’espirit de la philosophie medieval, 1932) before being translated into English in 1936. Gilson believed that a defining feature of medieval philosophy was that it operated within a framework endorsing a conviction to the existence of God, with a complete acceptance that Christian revelation enabled the refinement of meticulous reason. In this regard he described medieval philosophy as particularly ‘Christian’ philosophy.

Gilson was about the first philosopher I read after getting saved (my "born again" experience) and the first who was overtly discussing philosophy in Christian terms. In discussion of Aquinas' view he specifically uses Exodus 3:18 as his starting point. that's the passage translated "I am that I am." But in the LXX it's translated "I am being itself." That ties it in with Tillich, and I could have used Tillich for this but am resisting it for two reasons, one because I talk about him so much, anyone who reads my blog regularly knows this, secondly, because even though he was a philosopher he's really more of a theologian so might be less apt to demonstrate what I'm trying to show. Gilson is often called "lay theologian" but he was formally a philosopher. Being chosen to give the Gifford lecture is like getting the Nobel prize of philosophy.

He uses the passage to tie Aquinas into existentialism through the ontological principle raveled in the name "I am that I am." The self sustaining aspect revealed in that name is also an indication of the existential nature of God's being because it's apparent at hand in all existence. Aquinas believed God was the primary act of existence, which is similar to Tillich's concept of God as being itself All of this ties in with what i"ve said int he past about realizing God, and belief in God being a realization about one's own relationship with being.

Toynbee, a prolific author, was the nephew of a great economic historian, Arnold Toynbee, with whom he is sometimes confused. Born in London, Arnold J was educated at Winchester College and Balliol College, Oxford. He worked for the Foreign Office during both World War I and World War II. He was Director of Studies at the Royal Institute of International Affairs (1925-1955) and Research Professor of International History at the University of London.

He is best known for this theory about cycles in history. He studies 23 civilizations and shows emerging patterns that demonstrate the rise and fall of each This approach has been discredited in the eyes of most historians today and is the "no no" of "history repeats itself" which no historian will take seriously (for good reason). Toynbee himself did not really say that he did not consider the patterns to be absolute. He is respected although his major task didn't make it. One thing I think of him positively for is his discussion of Christianity and progress in history. He said that Christianity made progress in history possible. This is because in the old ancient world civilizations everything was static, the eternal return was the pattern of life. This is the mythological themes that Champbell and Eliade talk about. The eternal return means the same things are always supposed to happen. The warrior's task is to re-create the worrier the tribe perpetuates itself and everything moves in a big cycle that mimics the cycle of the seasons. that's the basic structure of pagan society. But with Christianity, beginning with the Jews we have the possibility of disruption.

The Jews were wondering toward the promised land. As long they did that their goal was spacial. But when they got there the wondering is over then ti's time to create the paradise and everything is static again. So the wandering becomes temporal. We not traveling in space toward the promised land we are traveling in time toward the eschaton. Jesus parousia is makes that possible. The retrun of the savior-King will mean a disruption of status and that possibility means progress in history is possible.

This is just a hint of the profound nature of things we can dig out if we actually read the Bible with an inteiton other than bad mouthing it.
Posted by Joseph Hinman (Metacrock) at 7:21 AM