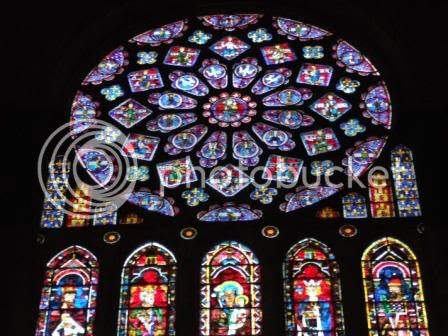 In the discussions of miracles several atheists have made some big misconceptions.

(1) mistaken assumptions about my knowledge of correlation and cause.


some assume that since they are clever enough to know the very basic information, the difference in correlation and causality, that I must not know that because I'm a Christian and Christians are stupid, and they are so very clever to know some basic fact that all high school kids should get, correlation is not causality.

But what they don't get is that just as I argue inductively that correlation is indicative of a cause if certain conditions obtain, that doesn't mean I don't know the difference.

(2) Correlation is indicative of Cause.


What these very clever atheists don't get is that correlation is indicative of cause. part of the problem is that certain people don't seem know what indicative means. Be that as it may, there is an epistemological gap in our knowledge it is a problem at the most fundamental philosophical level. We can only establish causality in one way, buy making very tight correlations and eliminating alternate causes. This is the only way there is, and that's what Hume really proved with the billiard balls.

Science can't prove causes. We can only prove correlations. When I assume causes on miracles, it's the only way we ever establish cause. Hans (HRG the atheist guru on CARM) says "only if we eliminate the alternate causes." Yes, that's true, but it also leads to recursion of the original problem. Because if we can't observe causality and it must be inferred from correlation, then you can't say "I have eliminated an alternate cause by showing causality and eliminating it." That's just a repeat of the same problem. The alternate causes are only possibilities, they are not proven either. What it boils down to is in the final analysis a really tight correlation is the only way to determine cause. Although it is important to eliminate the alternative possible causes, essential in fact. What this means is I am right to assume causes from correlations, given that I can eliminate alternatives, and I usually can. There is also the need to show a mechanism. Yet causes have been inferred without knowing mechanisms, as with smoking = cancer, but mechanism is also inferred from correlations. That is what we always come back to.

All of this means that medical evidence showing the disease went away, when examined by scientific medicos is good evidence for miracles. It's not absolute, there is no absolute. There will always be a gap in our epistemology. We will always have to make epistemic judgment.


The argument is made we must show the percentage of those healed vs not healed.

That's ridiculous. The reason is because we do not know the reason when someone is not healed. We cannot assume "O not being healed means there's no God, because some are healed." Knowing the hit rate is important in many cases. such as prophesy, "so and so is a true prophet he predicted x," but how many predictions did the make that did not come true?

Knowing the hist rate is not true in terms of empirical evidence of healing because:

(a) We don't know if the not healing is the result of no God, or God just didn't want to heal. Because a will is on the other end of the prayer we cannot treat it like a natural process and expect it to behave like a drug in a field trial.

(b) Miracles are supposed to be impossible. they violate natural law. that's the whole theory of naturalism in a nut shell; nothing happens apart form natural law.

Thus if one miracle happens that proves miracles and all it takes is one. proving that x% are not healed doesn't prove anything. miracles are supposed to be impossible and can't happen, if one of them happens, or we can assume it happened, then that proves they do happen. We don't know the rate because God is not a drug. Divine healing is a matter of God's will.


(3) God's action in healing is not indicative of God's feelings about those healed or not healed.

This is the whole fallacy of the God hates amputees thing. You might as well say God hates breakfast because not once in my Christian walk has God ever made me scrambled eggs in the morning.

St. Augustine proved that there is no correlation between worldly prosperity or success and God's love. Rome was sacked by the vandals and everyone was saying "this disproves Christianity." but Augie said "no it doesn't, divine favor is not based worldly success. Stuff happens to Christians too, God causes it rain on the just and unjust."


Lourdes evidence does not need to be double blind First of all these are not "studies." They are not set up as a longitudinal study to see if healing works. These are real people and their journey to Lourdes is part of their journey in life in a search to be healed, they are not white lab mice plotting world conquest.

Secondly, double blind is used as a means of control so we know data is not contaminated by the subjects knowledge of the test. People suffering from an incurable disease cannot cure themselves. So it doesn't matter if they know. If the data shows the condition went away immediately and it can be documented that all traces are gone, the of course can assume healing, provided there is no counter cause such as he took a wonder drug before he left for Lourdes; they do certainly screen for that.

Of course there are still epistemological problems. There will always be such problems. That's why you can't prove you exist. But just as the answer to that problem is "Make epistemic judgment based upon regularity and inconsistency of data," so it goes with miracles, proving smoking causes cancer or anything else.

Thomas Reid got it right, we are justified in assuming empirical evidence provided it's strong evidence.

One more problem. When I say "correlation" this invites the question "how can you find a correlation if you don't know the hit rate? A correlation implies X and Y are seen together a lot, not just in one instance. But we can't go around giving people cancer and praying for them over and over to see if they ar always healed. We have to let multiple cases stand for correlation. But since we can't say why healing didn't take place we have to use empirical means to assert on a case by case basis.

Posted by Joseph Hinman (Metacrock) at 7:51 AM