The Atheist Argument of Divde and Conquor: Universality of Religous Expernice 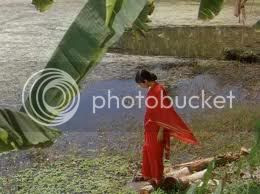 Antithesis try to trade off of the great number of faiths all the time. Often they will respond to any mention of God with "Which God." They treat different religious traditions as their God's are compete with each other for existence.

We can us Occam to trim the fat int he God market down to one. This is all we need is one. We have good reason to think there can only be one, since God is being itself and there can't be two of those.

the question of religious traditions is the question of cultures.The religious a prori, the special sense of the divine that we encounter beyond words and images, is loaded into cultural constructs so we can talk about it. That means the things that make religions different are just cultural.

the major counter to this atheists always bring up is the difference in ceremony and mythology. Both are merely cultural all we get is the differences in human culture that is the lens through which the experience of the divine is filtered.

It doesn't' beat the argument to talk about all the little fiddly bits in religions because those are the cultural aspects. The M scale proves the universal nature of the divine because it shows that people in all cultures have a core experience and it's the same all over the world. Religious experience and belief are innate. That means that while it must be filtered through the lens of culture it exists in all cultures and it's a good bet that it will have a common core of experience that is the same.

The “M Scale” (Mysticism scale) was developed by Ralph Hood Jr. at the University of Tennessee at Chattanooga. It has become the standard study instrument by which validation of mystical experience is accomplished empirically. Hood’s instrument has been cross culturally validated and is probably represents the cutting eduge of research in this field of Religious experience. The scale is a series of questions and a scoring technique, which has been worked out according to standard social scientific assumptions. The scale has been so successful it has become the standard operating procedure[i] and replaces the former practice of the researcher trying to develop her own scale, a practice that led to as many scales as there were studies. The M scale is by far the most successful and has been cross culturally validated with great successes. It is based on the phenomenological categories of mystical study by W.T. Stace and makes certain assumptions of William James. Hood’s original measuring instrument, the REEM, was based upon the categories of James. The M scale follows the phenomenological development of Stace. The scale uses 32 items (these are questions that are asked of the subject). The items are organized with 16 Positive and 16 negatively worded. Independent studies supported Hood’s original design, (Caird, 1988, Reinert and Stifler, 1993).[ii]

Originally M scale measured two factors: (1) Assesses items of an experienced unity (introvertive or extrovertive). (2) Assesses items of a experience of religious or non religious and knowledge claims. This is consistent with Stace’s concept that Mystical experience can be interpreted in many ways. Reinert and Stifler suggested religious items and knowledge items might emerge as separate factors. This would split the interpretative factors between religious and non-religious factors. That would not contradict Stace. There is a distinction between “spiritual” and “religious.” Mystical experience can be interpreted (as we have seen already) as “spiritual” without being thought religious, or as “mystical” without involving God. The two-item approach allows greater interpretation. But the interpretive factor was religious in nature. The assumptions made in the study and taken to answering the questions tended to be religious.[iii]

Hood changed his strategy from two analytic factors to three (“the three factor solution”). The Three factor solution sets up three categories, which more closely follow the predictions of Stace based upon his reading of mystics and person experience. (“phenomenological”). The three categories for Stace were: Staces’ categories of Introvertive and extrovertive mysticism emerging as two separate factors. The third factor is an interpretive dimension where the respondent relates the experiences to knowledge claims (“God is love” or some such). Interovertive means the mystical experience is beyond word though or image, it is iner directed and not related to any outside phenomenon and I supposed to be beyond description. This will also be discussed more in chapter five (“Religious Apiori”). Extrovertive means the subject’s experience is related to nature or to some external image in the immediate environment, a sense of the numinous, the harmony underlying all of nature or something on that order. The tables below demonstrate the basic structure Stace’s theory and the three factor test. They demonstrate the closeness with which the latter validates the former.

The M scale follows Stace’s phenomenological accounts of mystical experience. It also reflects, therefore, Stace’s theoretical concerns. The major such concern is known as “the common core” hypothesis. The common core assumption is a universalistic approach, whereby it is assumed that a verity of different interpretations and descriptions match the same experiences. A corollary might be that one reality stands beyond the many different mystical traditions. One of the major critics of this view, who we will meet again in defense of Proudfoot (chapter six) is Steven Katz (1977) who wrote an edited an anthology against Stace’s work. He assumes that the common core thesis is asserting that mystical experience is unmediated. Thus he argues that extreme language is used not just to describe mystical experience but that langue itself is experience. Language used in description constitutes the experience itself rather than merely describing it. This position will be critically examined in chapters five and six (a priori, and Proudfoot). [i] But Stace doesn’t argue that the experience is unmediated. Hood points out that Stace only says there are degrees of interpretation and descriptions can makes similar but not identical experiences. Hood also points out that Foreman marshals opponents against Katz. He argues that since introvertive is devoid of description language can’t really play a role in constituting it.(for more on this issue see chapters five and six).

Hood and Spilka point three major assumptions of the common core theory that flow out of Stace’s work:

(1) Mystical experience is universal and identical in phenomenological terms.

(2) Core Categories are not always essential in every experince, there are borderline cases.

(3) Interovertive and extrovertive are distinct forms, the former is an experience of unity devoid of content, the latter is unity in diversity with content.

The M scale reflects these observations and in so doing validate Stace’s findings. Hood and Spilka (et al) then go on to argue that empirical research supports a common core/perinnialist conceptualization of mysticism and it’s interpretation.

The argument that the similarities of the human mind produce the same experiences is self defeating becuase if that were true then the fiddly bits of religion should be the same too. So the atheist argument that religions are all different defeat their assertion that this universal experience is just coming from the human mind.

could you write this down this time so you can stop making the same mistake all the time?

Posted by Joseph Hinman (Metacrock) at 7:36 AM