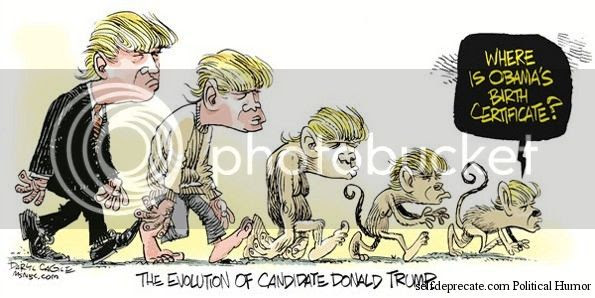 Hilary slaughtered Trump last night, He was whining he couldn't answer a single question the polls show he won? what's going on?I have seen people on blogs who ask for thoughtful discussion about the election .any other time I would say bravo., But I will not discuss Trump as though he;s a real candidates, he is not, he is not worthy of the respect a real candidate deserves, IN the America of my childhood would not have gotten the ballot in any state,
you are all discussing it as though Trump is a viable alternative to considered. If we take him at his word he's not, If we can't take him at his word he is not a viable option. If we can take him at his word he wants to bomb allies, steal their oil, torture innocent women and children increase nuclear proliferation do away with national parks, kill his political opponent, kill journalists, destroy NATO and allow Putin to approve in om eastern Europe, destroy the lives of protesters who cause him trouble, He has said all ofr these things,I cannot find single Republican who cancan Hillary did thiat should get her put in jail Trup is accursed of child abuse and he's defrauded hundreds of people out of millions of dollars. This is a fact of public record.
OI he's a bit Loutish boys will be boys, No he is not a viable candidate he does't deserved polite thoughtful discussion. He has no polices anyway. Or the rat ionization that he's the great Christian leader, his spiritual adviser is selling eternal life and He believe adulatory is not a sin, half his supporters say he willexplode a nuclear weapon. Among those who say they will vote for Trump, 48 percent say he’ll create a database to track Muslims; 36 percent say there will be race riots; 33 percent say the government would default on its debt; and 32 percent say Trump would punish his political opponents and authorize internment camps for illegal immigrants.
Only 22 percent of Trump supporters believe he will start a nuclear war.


There is a strong possibility Trump is a spy for Russia, or is in some way ready to hand America  over to Putin.


Yet he is going to win why? simple answer, Americans are assholes they want an asshole to lead them, They don't are about truth or right they only care about feeling safe and getting rich and getting even with those they pretend kept them from being rich (liberals and minorities), they need their scape goats.

The Republicans destroyed Democracy, They spent 30 years building a society of hatred and racism and now we get the pay off. The pay off is a society based on being an asshole. Selfish pigs who think they can win nuclear war because they are too stupid to know about nuclear winter, or they don't care and want to destroy life because they are evil., They sold their souls because they were so angry that they didn't get rich.

They see what Trump is. is there anyone at this point who doesn't see it? they don't care they are willing to accept pure evil to get what they want, That's America

Posted by Joseph Hinman (Metacrock) at 12:53 AM

This is about as positive a spin as I can manage to place on things:

It is sometimes said of people struggling with addictions that there is no real hope of recovery until they lose and lose big. It could be said that America has become addicted to fake news, fake science, and fake politics. The culmination of all this may, unsurprisingly, be a fake President. Possibly, a Trump Presidency would be such a disaster that, if America survives, people will finally get the message: Reality matters.

But then again, it didn't work with Reagan, so don't get your hopes up too much.

the cure is worse than the disease