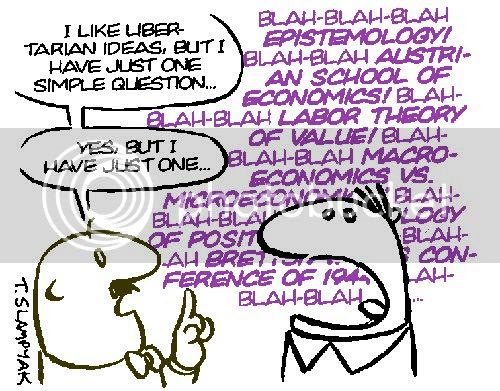 I thought this would be a good little diaoauge which tries to pin down exactly where the progress is vis Rational Warrant. I think the upshot of this is that the atheist is privileging doubt.

"What's his face" on CARM


your warrant to think God might not exist is not as strong as my warrant that he does.
Oh yes it is... Notice I offered just as much justification for my statement as you did for yours.[/quote]

Meta:
hardly. where are your 200 studies? You don't have a single argument that works by deductive logic or model logic. you don't have any emprical evidence. you have not one single study to back up disbelief in god.

*my reasons correlate with personal experience that back doctrine.

*they are lined up with the rationale of deductive reason

*they are backed by empirical data


* I have 8 tie breakers that the RE argument away from naturalistic brain chemistry alone.

* my RE fit the criteria we use for epistemic judgement


less than proof is ok. it it doesn't have to be proof it need not be proof.


Meta:
I have 200 empirical studies. you have bogus arguments like "no scientific evidence" taken out by the 200 studies.


calling inconclusive is misleading becuase "conclusive" is in the eye of the beholder.

If, within the case you make "conclusive" is in the eye of the beholder, it's not conclusive.

Meta:
any impartial observer would have to give it to the one that has either the empirical data or the deductive edge. tie breakers have to count.

most people's reasons for being atheists are personal and emotional and not satisfying for real thinkers.

No Meta, this is horribly wrong. It's all about standards of evidence. Personal and emotional are more in the realm of believers.

Meta:
no it's backed by several empirical studies and mound of empirical research around the concept of God image and self esteem. not just that one Lesie Francis study.

But all of the above is still inconclusive and does not reach the evidential standard of beyond a reasonable doubt as far as God's existence is concerned. This is my rational warrant, and the more you add to your side that's inconclusive, the stronger my warrant becomes.

Meta:
now you are trying to bring proof in the back door. "Reasonable doubt" is not the limit on warrant. Neither is a reasonable doubt predicated upon a feeling of doubt. I don't think you have a reasonable doubt. you have a strong sense of doubt but how is that reasonable? It can't be backed up by reason. Yes you can give m e reasons but I disprove most of them.

It's going to reduce to a non demonstrable sense that you have in your gut vs. what I think are valid reasons that you deny as valid becuase they dont' jibe with your gut. then you are going to deny that it's intuitive and calim that it's "reason." In reality you can't ground your doubt in reason.

You are one of the few here who actually tries to make a case for the existence of God but surely even you would admit it doesn't take you as far as beyond a reasonable doubt?


Meta:
what makes a doubt reasonable? I have a feeling we aren't goign to agree. What role does reasonable doubt plain in relation to the warrant.

My feeling is warrant is permissive not compulsive. so I think it comes down t a purely existential matter. No one is trying to make you bleieve if you don't want to, don't. your not wanting to believe cannot be construed as disproof of my warrant for belief.


Can you see how you have not answered my question?

Meta:
no. I see a blank space there.

I asked you this...
Whatshisface:...It depends on how less than proof. Can you say how less than proof your argument is exactly, and why? I would accept beyond a reasonable doubt, such as the Earth orbits the Sun, which your case does not reach.

You answered with...
Metacrock...I have 200 empirical studies. you have bogus arguments like "no scientific evidence" taken out by the 200 studies.


Can you see how you have not answered my question? You have not said how less than proof your argument is and importantly, how you know this.


Meta:
no not at all. It looks ot me like 200 studies is a lot more proof than no studis and mere suspicion. how much less, 200 studies less. that answers your question.

He has not proved that room for doubt, which does still exist, mandates doubt as an unalterable course, nor does that room negate the validity of the postive reasons for belief.

Get answers to these questions when you buy the Trace of God: A Rational Warrant for belief, by Joseph Hinman, available on Amazon.

Posted by Joseph Hinman (Metacrock) at 6:13 AM