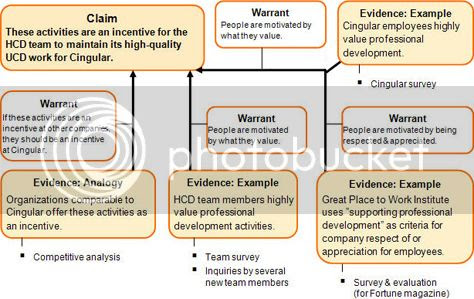 
Many atheists don't know that arguments are constructed out of  lines of reason and that their function is to persuade us that there a particular conclusion that we should to. Many of them confuse logic with scientific experiment. they think an argument should start with evidence, then unbiasedly  observe to see the facts rather than making petition for a particular view point. Of cousre in saying this they are not being open ended and unbiased as they would have us believe. They are destroying arguments that give us reason to believe in God and replacing them with their own biased view point int he fortress of facts.

Some examples of atheists doing this and saying these things can be seen on carm. Pseudoexpat can be seen on carm making a post on top down logic in response to Royce's post attacking a "special kind of top down logic" that he can't name or describe but it's found in God arguments. Here is Royce's original thread. My responding thread on "atheist double talk on top down reasoning," and "atheists privilege doubt."


In Pseudoexpat's thread and in response to his OP (which is an excellent refutation of Royce's original nonsense)Pixie says:


I think the point is that an argument should go from evidence to reasoning to conclusion. So-called top-down reasoning in contrast starts with a conclusion, then attempts to contrive the reasoning and evidence to support it. It is motivated reasoning because is is based on a motivation to prove the desired (and pre-determined) conclusion. I do not think you really address this properly.

He has an argument starting from evidence and preceding to conclusion as though it's observing the evidence to see what happens. He condemns reasoning that "is based on a motivation to prove the desired (and per-determined) conclusion." That's what arguemnt is. He's thinking of a scientific experiment that has to be open ended.Logical arguments are not open ended. Their function is to guide us to a specific point through showing the reasoning takes us there. The confusion with scinece is expressed in an even stronger fashion by an atheist who chimes in to agree with this guy:Fanghur. He says:


Right, and the premises of any argument should always be based on the empirical evidence we currently possess, not on blind speculation regarding things that are currently beyond our ability to test, and hence which we have zero basis to make any sort of probability estimation regarding.

Premises need not be based upon emprical evidence. The reason he thinks so is because he thinks it's like a scientific experiment. That's a bad understanding of science as well argument. The true nature of science is not to prove things but to disprove. Science does not work by observing what ahpepns objectivley then recording facts.Yes that is done to an extent but not in all cases. That's not the true aim. The true aim is to disprove bad bad hypothesis and from that to offer an adequate explanation, which by virtue of it's status as the only hypothesis still standing is accepted as default. At least that's according to Popper. [1] Compare this with a web definition of argument:


a reason or set of reasons given with the aim of persuading others that an action or idea is right or wrong.
"there is a strong argument for submitting a formal appeal"


The Toulmin model of argument presents the parts of an argument:

None of that is about observing nor is it open ended. It may or may not begin by presenting data, but that is a matter of impersonation not logic.


When Fanghur says that arguments should be based upon data and "not on blind speculation regarding things that are currently beyond our ability to test, and hence which we have zero basis to make any sort of probability estimation regarding," he is telling us that he thinks arguments are scientific experiments. He says it even more blatantly in a second post: "Pat, the point is that when one is trying to determine what the most logical explanation for something is, all presuppositions other than those that are logically inescapable should be set aside right from the get go; that is one of the defining necessities of scientific discovery and thinking, and something that Craig categorically does not do." He compares arguments to scinece, implies that their purpose is discovery, and asserts that arguments that argue for something are seen as "ciruclar reasoning." Never mind the fact that all atheist seem to start form the point that there can't be a God and any evidence for God is not evidence but must be wrong. That's not ciruclar, but it's circular if you are know what you are arguing for?

This whole discussion is predated upon the atheist assumption that there can't be anything but physical causes in reality. That physical causes are facts and have only to be observed to be understood clearly. They are totally in the dark as to the framed nature of any understanding of interpreted data. In other words is the no pure data objectively observed that is free from interpretation and frame work. They are privileging doubt about God. They can't beat the God arguments when logic is used fairly and in its classical sense, so they have to destroy logic as we know it and reduce it to quasi scientific experiment in order to get around the kind of logic that beats their arguments in defense of belief. No God argument that I use or that I know of begins with the assumption "God has to exist." The Kalam argument begins with the assumption that everything that is, and that exists contingently, has a cause that necessitates its existence. Then it assumes that anything coming into existence must have a cause. This is predicated upon the concepts of necessity and contingency. That is "top down" because it assumes that one term is at the top of the metaphysical order and it necessitates terms that are below it, or that dependent upon it for their existence. These are the assumptions they don't want us to make.

They read those as assumptions that there must be a God. They are not the assumptions of God, they are assumptions from which we can derive the conclusion that there must be  a God. That is fair and logical, provided we can pull it off in the nature of the argument. They object because it doesn't privilege their view. That's the only way know to do logic is to privileged their own view. The assumption that things need causes is not unfair nor is it illogical. It's mere the result of all of our experience. We have no counters to that experience. Even quantum particles don't coutner that experience because as David Albert showed in his brilliant review of Krauss's book (the Universe from Nothing) nothing is not really noting, it comes form prior conditions and prior particles which must still be expalined.[4] They are causes of more particles. thus everything we know is the product of a cause and thus it is not illogical that all things that are contingent need cause. Of course that doesn't mean God means a cause since God is not contingent. The rub is that this is in line with the atheist assumption that they can only buy logic that's based upon empirical assumptions. This is an empirical assumptions, it's i line with all our observations. Confronted with an empirical assumption they refuse to accept it and try to make it seem unfairly privileging belief in God.

That's because they can't stand the logical conclusion that flows from it, that there must be a God. Thus they rebel agaisnt logic itself.

see also my article form this blog on Albert's review of Krauss.
Metacrock's Blog,"Review and Debnucking of Lawrence Krauss's A Unvierse From Nothing,"
Thursday, January 10, 2013, URL: http://metacrock.blogspot.com/2013/01/review-and-debnucking-of-lawrence.html

Posted by Joseph Hinman (Metacrock) at 6:22 AM

I'm interested in the assumptions that are a part of scientific reasoning. Like, for example, the assumption that the results of an experiment are generalisable. This cannot be proven (and is thus an assumption.)

I remember that we had a series of classes on the philosophy of science by a German professor during our honours year for biochemistry. It was difficult to understand him because of his thick accent but I was one of the few students that bothered to even try. The others used to think that philosophy was some kind of joke. They had a mucho attitude that philosophy was for wussies and science was for real men. Some people don't want to be humbled. They cling to a belief because their ego depends upon it.

those same kind of idiots put down Popper and Kuhn. I think that proves they don't understand scinece. the people really understand science understand it's limitations.