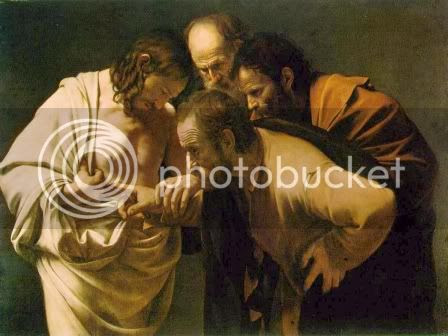 Richard Carrier is an atheistic apologist. He has been involve in atheist apologetic since the late 90s. He does have a Ph.D. in classical history from Columbia University (2008). Yet he doesn't work as an academic historian so much  as he uses his credentials to bolster his apologetic. Here is how the publisher of his work, Proving History, [1] bills his credentials on Amazon:

Richard C. Carrier (Richmond, CA), an independent scholar, is the author of Why I Am Not a Christian: Four Conclusive Reasons to Reject the Faith; Not the Impossible Faith: Why Christianity Didn't Need a Miracle to Succeed; and Sense and Goodness without God: A Defense of Metaphysical Naturalism. He has also contributed chapters to The End of Christianity, edited by John W. Loftus; Sources of the Jesus Tradition: Separating History from Myth, edited by R. Joseph Hoffmann; The Christian Delusion: Why Faith Fails, edited by John W. Loftus; and The Empty Tomb: Jesus beyond the Grave, edited by Robert Price and Jeffery Lowder.[2]

"Independent scholar" means he is not employed  in academic work, it also means he's pursuing his own advocacy rather than scholarly academic work.[3] Notice that all the publications mentioned are about mythicism or some other anti-apologetic discourse. This is not to say that Carrier doesn't have good skills of scholarship or that he doesn't have credentials. He has both. Yet he chooses to use them for a non academic pursuit, plugging atheist ideology. The list of his publications on wiki are also the same: 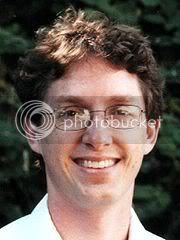 One rally should expect that the standards he pushes as an academic are going to be in tension with the necessities of hawking advocacy for atheism. One of the basic reasons for academic standing is objectivity. How much objectivity can we expect from an apologist?

His unique contribution to the Jesus myth theory is the application of Bayes theorem. I've written about Bayes Theorem and why it can't be used to argue about the existence of God. That article was first published n this blog but can now be found on my site "The Religious a priori." See "Bayes Theorium and The Probability of God: no Dice." I am not opposed, however, to using Bayes for historical purposes. Jesus existence as a man in history is a matter for empirical research. Yet the Bayes theorem is not in an of itself and cannot be a substitute for historical work. The same problems recurs here as they do with the God question: how do you have new information coming in when we don't know that much about the era? The anti-apologist (or atheist apologist) is quick jump on the issue that we don't have the records that means set he prior low and thus the probability of Jesus existing is low. Yet if we did that with Tacitus we would have to have said that he didn't exist, since he was unknown until the middle ages. That just proves that there's a lot there that we don't know about. We don't know when new historical information is coming in. We can't assume that our current state of knowledge is equal to the task. Trying to use Bayes in that way is suspect at the outset. That's like trying to cheat on historical methods.

Another concern comes out when we examine the spin the way Carrier's publisher hawks his wares. First of all, the use Bayes to try and show low probability of God or Jesus in history is really just the application of the atheist strategy of the fortress of facts. See my two articles, "debunking the Atheist Fortress of facts: part 1, and part 2." The fortress of facst says "we have the facts, science gives us this big pile of facts that proves our world view, and religion as no facts backing it." The use of techniques like Bayes theorem is an application of this concept I call (apologies to William Barrett) "The Illusion of Technique." In other words he's using a scientific tool applied and based upon bad assumption that contradict the basic assumptions of modern historiography. Let's look at the publisher's spin, mind you this is not necessarily Carrier's fault, yet I think it does fault his work.


The description on Amazon:

"Richard Carrier carefully exposes what happens when sound methodology meets biblical studies. Proving History is a brilliant lesson in the proper proportioning of belief to evidence. Even minimal attention to Bayesian probability theory reveals just how much of Jesus scholarship confuses 'possibly true' with 'probably true.' The only miracle Carrier has left to explain is why so few appreciate that extraordinary claims require extraordinary support." --Dr. Malcolm Murray, author of The Atheist's Primer"Richard Carrier applies his philosophical and historical training to maximum effect in outlining a case for the use of Bayes's Theorem in evaluating biblical claims. Even biblical scholars, who usually are not mathematically inclined, may never look at the 'historical Jesus' the same way again." --Hector Avalos, PhD, professor of religious studies at Iowa State University, author of The End of Biblical Studies and Slavery, Abolitionism, and the Ethics of Biblical Scholarship


Look at this first line: "Richard Carrier carefully exposes what happens when sound methodology meets biblical studies. Proving History is a brilliant lesson in the proper proportioning of belief to evidence. Even minimal attention to Bayesian probability theory reveals just how much of Jesus scholarship confuses 'possibly true' with 'probably true." What's wrong with that? The illusion technqiue is employed in saying "the Christians don't have a valid fact about Jesus existing, that's just made up. Science gives us the facts and through this scientific technique we can expose the idea most of what we say about Jesus' life is just theoretical, possible." the problem is That's what history is!

Yes the Little children are taguht the "facts" of history, we recite the facts, 1776, that's a fact. 1941, we entered word war II, that's a fact!  1865 civil war ended, that's a fact. The problem is that's for school children. By the time we are in graduate school it's a little bit more complex. Carrier's publisher is trying to say that through Bayes we can expose the fact that we don't really know the facts. But historians have been telling us this all along. If they paid attention to what real academic historical scholarship is about they would learn it's probably. We don't know all the facts. When we don't know all the facts we have to speculate and play detective and put stuff together form reading documents. We don't always have all the documents. There are a lot of things we just can't know.

Wait there's a deeper problem here! They are trying to sell this as though Bayes theorum is not speculation or "possible truth" it's giving us the facts! No its not! Bayes is possible truth too, beacuse it's probablity not facts. That's what probability is, the chances of some hypothesis being fulfilled. The only fact that Bayes can give us is the extent to which the possible may be probable. That's not a the same as absolute truth or "proof." Bayes can't give us historical proof. If we find that hypothesis X is 80% probable. that' snot the same as saying it is a fact that hypothesis X is proved. It's only probable. We say X has an 80% chance of being true, yet the reality of it could be that it's not true. That is not proof. It's not the facts. The whole book ad is deeply flawed but then what else Carrier saying by trying to apply Bayes to this question?


Then we have the statment by Avalos:

Even biblical scholars, who usually are not mathematically inclined, may never look at the 'historical Jesus' the same way again." --Hector Avalos, PhD, professor of religious studies at Iowa State University, author of The End of Biblical Studies and Slavery, Abolitionism, and the Ethics of Biblical Scholarship


See  my confrontations with Avelos.[7] He's just playing in the fortress of facts and illusion of technique. He has a hard enough time just dealing with ordinary scholarship. Its not he's running around proving things all over the ancinet world with Bayes. We would have to use the same methods that the scientism types deny as "speculative," the standard criteria for authenticity used by scholars since the enlightenment, which have evolved over time. There may be a place for Bayes among all that but the problem is establish a prior you have to draw upon those things. Those are the very things that the "scientfiism set" lambasts [8] as they call for Bayes which is going to give us the facts and correct it all. But the correction will have to be based upon the same kind of criteria. Nor do I find any of these methods being applied elsewhere, it's all in biblical criticism. They are not terribly anxious to find that we don't really if Julius Caesar existed or not. It's just another gimmick making use of the ideological scientism of the new Atheist ideology.

They have to have more information to set the prior probability accurately to use Bayes. Then they have to have new information coming in. To start out they are going to have to use the very methods that they (scientististic types) repudiate in order to get that information. Then if they try to pile Baysian conclusions on the premise that these are more probable then they just doing a citation circle. The use of mathematical probability can never establish historical fact.

[3] "So You Want to Be An Independent Scholar? why?" Acadmeic Editing Canada, academic writing and editing services.
http://www.academiceditingcanada.ca/blog/item/118-indy-scholar-why accessed 10/21/13.

[5] Metacrock, "Bayes Theorem and the Probability of God: no Dice." The Religious a priori
On line resource: http://religiousapriori.blogspot.com/2013/02/bayes-theorum-and-probablity-of-god-no.html  accessed 10/21/13


see also an abstract of the book written by student at UNCC, "
"The Will to Power vs The Will to Prayer:William Barrett’s The Illusion of Technique 30 Years Later"
http://www.philosophy.uncc.edu/mleldrid/SAAP/MSU/P54.html accessed 10/21/13
Questions or comments should be directed to Michael Eldridge, Department of Philosophy, UNC Charlotte: mleldrid@email.uncc.edu or 704/687-3318.

[8]Raphael Lasater, "Bayesian Reasoning: Criticing the Criteria of Authenticity and Calling for a Review of Biblical Criticism." Journal of Alternative Perspectives in the Social Sciences, (2012) Volume5 No2, 271-293.
Lasater is  Research post-graduate Department of Studies in Religion, University of Sydney

Posted by Joseph Hinman (Metacrock) at 4:32 AM

The use of Bayesian Probabilities in arguments about God's existence is indeed futile.

And, that may be as it should be: that the ineffable be truly un-said.