The Nature of Theology 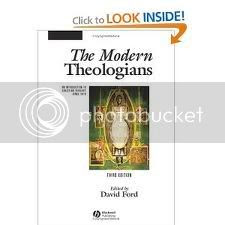 This is not a book review. I decided atheists bad mouth theoloyg as "stupid" an made up and I'm always telling them they don't know anything about theology. So I decided it was time to teach them something about it.

What Theology is not.

Since so few atheists know what theology is I'll spell it out. First let's say what it's not:

theology is not apologetics


the average atheists thinks theology is a high and fancy version of apologetic. apologetic is a subset of ethology but it's really a step child. Most of the major theologians, especially liberals, regard apologetics as a comic book version of theology. Liberals don't believe in hell so they don't have a sense urgency about saving people who they are not concerned with arguing opponents into he ground over belief. Back in the middle ages theology was concerned with proving the truth of the faith against the Muslims but that was almost a thousand years ago!

Aquinas is the one who changed this and gave us the idea that reason is independent of bleief. One can be a theologian and be an atheist. Modern theology has evolved to that point. There aren't many atheists in the ranks of modern theologians (Tillich is not an atheist) but there could be and are some.

Theology is not "making things up."

a lot of atheists express the idea that theologians sit in a chair and go "O think God has a green robe." the others "NO! of course not, he would more divine if he a blue robe."

Theology is an intellectual pursuit. It has it's own canons an it's own methods, puerility of method. they do not involve must making things up. There are ways to go about discovering and proving things. they do invovles, at times,scientific work.

atheist think scinece is the only form of knowledge, but they so ignorant of scinece they don't even realize there are multiples branches some are quite different. They just disvalue social science completely (social scinece is to atheist thinking as apologetic is to liberal theology).

Theology does not need to be a twin of science. All knowledge is not cast in the mold of scientific thinking. Replicability is nonsense if you are in a field that doesn't allow replicability. There are clearly scientific fields in which you can't set up a replicable experiment or at least not easily: social scineces, astronomy, history.

History might be more analogous to theology than others forms of scinece. Among sciences history sort of stands alone. It's not really a science but it wants to be a social science yet it has to reject certain scientific musts, such as replicablity. History is not respected by atheists but I think most of them have to sort of let it be.

There definitions of theology: one is ancient the other modern.

Ancient: At. Augustine said "theology is faith seeking understanding." Theology was construed as an explication of faith.

Modern: Participation in and study of a religious tradition or body of work pertaining to religious belief.

The modern view is the result of social evolution. Theology has evolved to become a participant observer based means of studying a given religious tradition. It need to be based upon belief in God. One can be a theologian and an atheist although most are believers. There actually are not very many evangelical theologians. Most theologians are liberal because theology is an academic discipline.

Theology is a web of sub-disciplines all doing different things, for different reasons and studying in different ways. It invovles textual criticism and apologetic, but also doctrinal theology, historical theology, Biblical theology, philosophy of religion, eschatology, ekklesiology, soteriology, ontology and many others.

Methods very according to subject matter. There wouldn't be much point in trying to use scientific for Biblical ethology, but even there it is done. Textual criticism is important for Biblical theology and that scientific principles. Modern theology is in every major university in the world. It's an academic discipline and intellectual discipline.

One can apply scientific methods to anything, theology is no exception. Since theology is not science per se it's not a strike agaisnt it that doesn't produce an original methodology that mimicks scinece.

theology is not making things up there are methods of regulation that allow for checks. the common is logic, also Biblical exegesis but not all theology is biblical, or even based upon any Holy document.

Tilich's method of correlation expropriates a scientific method. It does have a means of verification. That it cn't replicated in a laboratory does not make it unscientific. there are disciplines in scinece that don't have replication in that sense: astronomy, social science, history, geology.

It's not psychology even though it might entail using psychological data.It's job is not to psychoanalyze religious belief. It doesn't reduce to ethics, even though ethics is a sub-discipline, it's ethics as it relates to the given religious tradition and it's ideas.
Posted by Joseph Hinman (Metacrock) at 3:58 AM