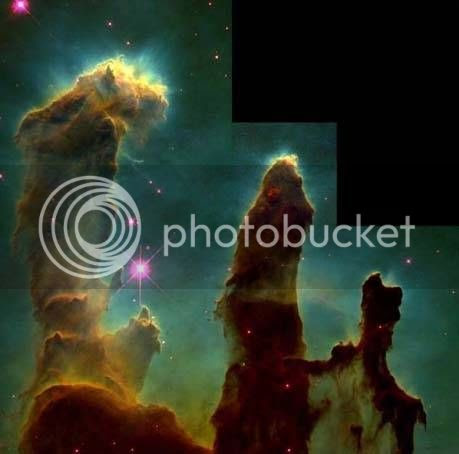 Even though I have 42 arguments for the existence of God (42 = answer to God the universe and everything) I feel that making God arguments is beneficial but not necessary. Atheists often react with chagrin when told this. But the fact is I don't ever claim to "prove the existence of God." I really do believe that God is beyond our understanding and thus, would be unnameable to objective proof. This flys in the face of the way most atheists see things. Most atheist tend to orbit around the concept of objective proof, empirical science, absolute demonstration and on. In fct most atheists use a warfare model of discussion.They don't discuss beliefs, they "attack arguments." It's all about proving and that means conquering the enemy.

I want to side step that entire attitude. God is beyond our understanding, but not beyond are experince. We can't prove objectively that God exists, this is far form meaning that it's not worth it to believe or that belief is irrational or makes you stupid if you believe. There are many beliefs atheists take for granted that can't be proved, but that doesn't even give the pause since these are essential to getting by in the world: like the concept of other minds, or the idea that the sun will come up tomorrow. That we are not brains in vats. Atheists scough at this stuff all the time, but they rarely stop to consider what it means. It means your mockery of it due to the fact that you take it for granted. You don't have any scientific evidence that proves you exist, or that other minds exist, or that the future will be like the past and so on. all of that is obtained through the very means that people of faith use to belief. You mock their beliefs and take your own for granted. That's because that warfare model of argumentation doesn't allow for a searing self examination.

The basic model would be not to argue for the existence of God, but to realize that God is reality. It's a matter of opening your eyes to see something that is already there, that you know it there you just never bothered to understand it before.It's just that, open your eyes and realize God is there. How is this done? By expanding the categories of knowledge so that they now include the relevant information necessary to see things in a new way. Here are the categories required:


these things are not augments. They the basis out of which arguments might be made, but more importantly, they are fields of thought which include both logic and data the apprehension of which will help one understand why people believe in God. Once understanding that one will see the reality of God is plain. God's reality has been masked by Western thought since philosophy and modern science has segmented our understanding, breaking up epistemology from metaphysics and ontology, make seperate categories so we can't connect globally to different categories of knowledge that make it possible to see connections.


I am not saying that if you read all this stuff you will agree with me. But to understand why belief with being able to prove it "objectively" is not irrational you have to expand your understanding of what knowledge is and what it means to have beliefs.

Paul Tillich said "if you know that being has depth you cannot be an atheist." What does this mean? That's what reading this stuff is about.If you expand your knwoledge categories and broader your understanding then you see that being is more than just a fact of existence, you come to realize God is reality; The ground of Being.

Please read that link there, several pages to get the idea of what I mean by saying that God is the ground of being. When you realize the nature of being you can't help but understand that God has to be. Now to explain about these knowledge categories.

this is an approach to ontology (the study of being) through which one allows the sense data to suggest it's own categories.It was pioneered by Brintano in the late nineteenth century but is best known for its two major thinkers: Hulleral and Heidegger. Science, and all forms of metaphysics (in Heidegger's sense of the term) sense data is pre screened into pre selected categories. This is what the atheist is doing when he says "I want objective evidence." Hes saying I have already decide what evidence I will accept and what I want accept. Any evidence that doesn't tally with his pre set ideology is automatically discounted. What one needs to do is allow the experinces of the divine, or so we don't beg question, experinces which some might take to be the divine--the sense of the numinous to suggest their own categories.

Philosophy made famous by Jean-Paul Sartre and Albert Camus. But it has a strong Christian wing the van Guard of which was led by Kierkegaard, and brought up in its main body by Gabriel Marcel. Existentialism starts from the premiise of the individual's own understanding of the authenticity of his existence and it's meaning in the universe.

this means that science is not absolute knowledge, It' not objective, objectivity is impossible. Science is just another culturally bound language game.

this comes much closer to real truth anything in science. but of course it depends upon pre selected premises. Yet is essential for understanding concepts about God.


the transcendental signifier
(and with it deconstruction and postmodernism)

The "TS" as I will call it is essentially God. That is to say God functions in the economy of a religious tradition as a Transcendental signifier. This is a very complex idea and requires a lot of real close reading. I have two blog spots in which I explained it pretty good.

Here's the "arguemnt" (except now it's not an argument but it's why the TS is a connection Between the TS and God.

these are background to understand the idea of the Trascendental Signifer.

Derridian Background of the TS

Finally, you need to know about the vast body of scientist work surrounding mystical experinces. When all of this comes together you realize there's really point to deny the reality of God. the nature of the universe takes shape around God and you realize that concept is the center.
Posted by Joseph Hinman (Metacrock) at 8:28 AM