The Atheist Abhorence of Logic 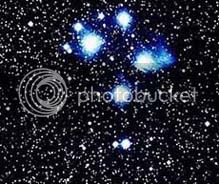 Again on a message board I find an atheist who abhors logic.He can't answer my cosmological argument, so he just pronounces that it's nothing more than defining God into existence" and a "bunch of Philosophical gobaldy goup." OF course this is nothing more than running from the obvious. He could stand firm and argument that my arguments are not logical, but chooses to just dismiss it all. This is because atheists seem to have predilection for the empirical and genuine dread of formal logic.

Even though he doesn't say so I'm sure he's reacting to the categories of necessity and contingency (N/c). He thinks these are arbitrary definitions that can just be discarded. The supreme irony is that without them you can't have cause and effect. without c/e you can't have empiricism or naturalism. Let me try to demonstrate all this:


The most basic category we can make is being and nothingness. This is the basis of al metaphysical reflection. Either X exists concetely in the space/time world or it does not. If X exists then it muts exist either of necessity, meaning it cannot fail to exist, or it's existence is dependent upon some prior condition, thus it could fail to exist. In other words, for example, there did not ever have to be a flying red horse on the Magnolia building in Dallas Texas of the 1930s. That symbol of what latter became Mobil oil could have been anything else if the designer of the logo has chosen it. So the current location of the red horse, which is still on a building in Dallas, although now hidden by much taller buildings, did not have to resemble Pegesus, the flying horse of Greek myth, and it did not have to be red. These are contingencies. So are the two basic modes of being apart form en spoir and por soir. Since both en soir and por soir (in itself and for itself--categories Heidegger and Sartre make important in phenomenology and existentialism) are both contingent fomrs of being, this distinction and these categories are even more crucial and basic than sentience or inanimation. Being for itself (por Soir) is sentient conscious being. Being in itself (en soir) is not sentient or conscious. But both are contignent.

There is no logical way to get around these categories. Even if one cannot find an example of a necessary existant, one can find that all causes are certainly necessary to their effects, unless we want to view everything as merely probabalistic. Without the categories of necessety and contingency it is meaningless to talk about cause and effect in times arrow; because there is ability to speak of a contingency which depends for its existence upon a prior cause. One could just change the terms. But using cause and effect rather than contingency and necessity really would not cut it. contingency and necessity are more general, they include cause and effect but are not limited to them. Thus describe the range of conditions not directly related to causes, such as the nature of a prior conditions or set of conditions and it's relation to the existence of an effect. The example I always give is that of a fish and its relation to dependence upon water. Water does not cause fish but without it fish do not survive. Thus water is a necessary condition to fish without being their direct cause, they are a prior condition to the survival of fish. The upshot of this in terms of the cosmological argument is that Quantum particals seem not to be directly caused, but they certainly seem to require some prior conditons (never observed apart form time and seem dependent upon time, phsyical law, vacuum flux).


(2) Cause and effect is necessary to empiricism.


The great Irony is that the very alternative that most atheists use to save them from the logic of God argments would not be possible if in fact the logic of God arguments was nothing more than "defining God into existence." It is only if we have cause and effect, which in turn is dependent upon the categories of contingency and nescessity, can we have the very empiricism that atheists would use as an alternative! This is obvious since without cause and effect there is corrolation, or rather without the ability to assume some form of caual connection, there's point in making empirical observations.

Here the idea of categoeis of N/c are even more crucial because without having resort to a proven empirical basis for c/e one can use N/c and and draw probalistic correlations while avoiding direct cause and effect.


(3) Naturalism linked to Cause and effect.


a. Materailism based upon cause and effect

"...the belief that everything that exists is ethier matter or entirely dependent upon matter for its existence." Center For Theology and the Natural Sciences Contributed by: Dr. Christopher Southgate: God, Humanity and the Cosmos (T&T Clark, 1999) http://www.ctns.org/Information/information.html Is the Big Bang a Moment of Creation?(this source is already linked above)

"...Beyond the Christian community there was even greater unease. One of the fundamental assumptions of modern science is that every physical event can be sufficiently explained solely in terms of preceding physical causes. Quite apart from its possible status as the moment of creation, the Big Bang singularity is an offence to this basic assumption. Thus some philosophers of science have opposed the very idea of the Big Bang as irrational and untestable."

b) Something from nothing contraidicts materialism

"We are content with superficial orderings form diverse arbitrary starting points. ... sciene which is employed in their deveopment [modern thought] is based upon a philosophy which asserts that physical casation is supreme, and which disjoins the physical cause from the final end. It is not popular to dwell upon the absolute contradiction here involved."[Whitehead was an atheist]

It was La Plase's famous line "I have no need of that Hypothosis" [meaning God] Which turned the scientific world form beliving (along with Newton and assuming that order in nature proved design) to unbelief on the principle that we dont' need God to explain the univrese because we have independent naturalistic cause and effet. [Numbers, God and Nature]


c) Rejection of final cause


3) Probabalistic Justification for assumption of Cause

We still have a huge justification for assuming causes inductively, since nothing in our experince is ever uncaused. The mere fact that we can't see or find a cause isn't a proof that there isn't one.


4) Therefore, we have probabalistic justification for assuming Final cause

Thus, the basis upon which God was dismissed from scientific thought has been abandoned;the door to consideration of God is open again. The reliance upon naturalistic cause and effect in consideration of ultimate origins is shattered, but this does not make it rational to just assume that the universe opoped into existence with no cause. Since we have vast precident for assuming cause and effect, we should continue to do so. But since naturalistic cause and effect seems unnecessary at the cosmic level, we should consider the probablity of an ultimate necessary final cause.
Posted by Joseph Hinman (Metacrock) at 7:13 AM