Is the Shroud of Turin the authentic Shroud of Jesus? 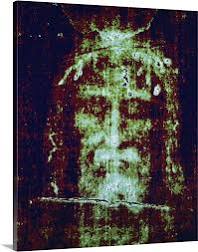 
The Shroud of Turin is easy to dismiss as a hoax. It's right up there with Bigfoot. It began as a Medieval relic so how much easier could it be? Barrie Schwortz the photographer for the official scientific investigation team in 1977, the only team to officially study the shroud, said he had remarked that they would just breeze in,find a few brush strokes and go home and they get a free trip to Europe. That was the attitude for many of the team going into the process. They found no brush strokes. no paint., no way to explain the image. Everyone of the team wound up being convinced it;s the authentic shroud of Jesus of Nazareth. These were all major technicians and scientists working for JPL and other parts of NASSA. They used the most advanced equipment 1978.

There is a lot to be said against the shroud. It was dismissed in 1979 as a hoax due to carbon 14 dating which placed the date of the artifact in the middle ages. The problem is when the cloth was subjected to a fire in the 1500s several places on the fabric were burned and nuns keeping the shroud undertook to repair it with new linen. The sample for the dating was taken from one of those places where new linen had been woven into the fabric. Other more advanced methods have dated much earlier. There two other aspects that help to date it. One is pollen the other coins on the eyes. Both take it back to a range within the decade of Jesus' death. Because of Pollen fragments the team is able to place it in Palestine and the coin dates to between 29-36AD.

The reach team was never able to find a satisfactory explanation for how the image got on the fabric. It is not painted,it's not burned it is 3d meaning it was wrapped around a real body The blood is human blood. They can prove the victim was in his 30s and male and middle eastern. About the 3d information they don't how that works. They can't produce that effect either,

I don't offer this as apologetic argumemt because I lack the expertise to defend it. But it blew me away when I realized the probability is heavily in favor of authenticity. I urge the reader to watch all of these videos. It's intensely interesting.

upon cross x it doesn't appear that her sister was really on the team. She tired to dney that Schwat was on the team but when asked if her sister saw the shroud she said they gave her some fabroc.

"Eighty years later, the 1978 Shroud of Turin Research Project (STURP) investigations confirmed the image was not formed by dyes, chemicals, vapors, or scorching and was not formed by brush strokes. Researchers have investigated multiple naturalistic explanations, but none can account for the unique features of this photographic negative."https://magiscenter.com/what-is-shroud-turin-heres.../...


Jackson, Jumper and Ercoline compared the results of the above attempts with the macroscopic and
microscopic features of the Shroud image, and argued that none of techniques tested can simultaneously
reproduce its main features, from the 3-D property to the coloration depth, to the resolution of the spatial
details. The conclusion was that the image on the Shroud of Turin is not the result of the work of an artist or
forger.
Thoughts decant a few years, until 1990 when Jackson writes a paper entitled “Is the image on the Shroud
due to a process heretofore unknown to modern science?” [2]. In this paper, Jackson notes the failure of all
the hypotheses, both "naturalistic" and "fraudulent" (i.e., by an hypothetical forger) on the formation of the
image on the Shroud. However, the image is there, observable and measurable, then it must have been
produced somehow. According to Jackson, when known scientific phenomena and paradigm are not able to
explain and create a Shroud-like image, we must look for a physical phenomenon ad hoc, not yet known to
science. Jackson suggests the far ultraviolet radiation as a "physical" method suitable to obtain a Shroud-like
coloration on linen. In fact, the fabric of the Shroud has undergone a process of selective aging. The cellulose
of flax fibres, due to oxidation and other chemical processes that occur over centuries, undergo a change at https://www.shroud.com/pdfs/duemaggioDiLazzaroENG.pdf


Janson Media:"This DVD is the most authentic and definitive DVD yet produced on the Holy Shroud. It reports on the first examinations of the fabric and the imprint left on it by the body of a dead man who had been tortured and crucified." Talks about conis on eyes.

Posted by Joseph Hinman (Metacrock) at 12:19 AM

I was wondering whether you were familiar with the christological interpretation of Proverbs 30:4? Here's a commentary I came across:

I was wondering whether you agreed with it or not? Or would you happen to agree with the commentor? What do you think of Proverbs 30:4?

I was wondering whether you agreed with it or not? Or would you happen to agree with the commentor? What do you think of Proverbs 30:4?

This is a tough one. It could be argued as an allusion to Christ, however no NT text makes reference to it. So though it could be, it may be better to interpret it in perspective of the more immediate hypothetical principle that this king (Agur) is speaking about.

I did mention the passage in Galatians that might be a reference to the shroud. where he says Jesus was portrayed as crucified before your eyes...

I am talking about the mention of Proverbs 30:4 by Jesse.