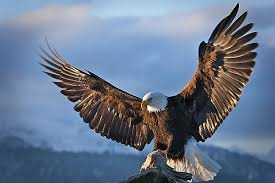 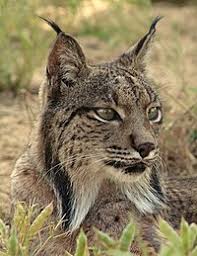 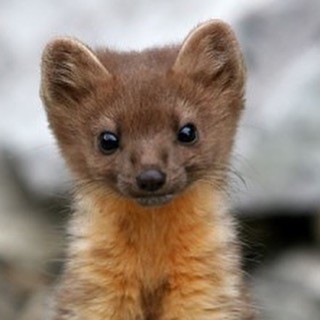 The endangered species act, enacted in the summer of 1973. has been one of the most successful and effective measures ever taken by humanity to mitigate harm we do planet's ecology.[1] It just stands to reason  that the Trump administration would mount an   attack upon the act, since its major  focus so far has been to destroy all forms of progress made in the last century,(except those that directly enable his growing wealth). Last week the Administration prepossessed sweepings changes to the act.The changes would weaken protections for endangered species, while making it easier for companies to build roads, pipelines, or mines in crucial habitats.[2]


Under current regulations, government agencies are supposed to make decisions about what species need safeguarding “without reference to possible economic or other impacts.” The Administration wants to scratch that phrase. It also wants to scale back protections for threatened species—these are one notch down on the endangerment scale—and to make it easier to delist species that have been classified as endangered.[3]


The measure, introducing cost to industry as part of the equation is a from of collusion with their friends in industry, but there have always been enemies of the planet in congress, on the Republican  side of the isle. In recent weeks congressional Republicans have introduces at least  a dozen measures such as riders on spending, aimed at curtailing protections for species and the environment. For example the House approved Pentagon budget would prohibit Dept. Interior from granting protection to the sage grouse, even though it;s numbers have declined 90% over the last century.[4]

A major part of the Republican argument is based upon the assumption states can take over administration of protections. After all they already have their own programs. As Alejandro E. Camacho and Michael Robinson-Dorn point out:

The House Natural Resources Committee, chaired by Utah Republican Rob Bishop, has approved five bills that would weaken key provisions of the Endangered Species Act. These measures would:
Observers expect similar legislation to be introduced in the Senate. And Utah Senators Mike Lee and Orrin Hatch have reintroduced a bill that would remove all federal ESA protection for species found within the borders of a single state. Such action would eliminate federal protection for hundreds of currently listed species, including the Florida panther and Florida manatee.[5]

Camacho and  Robinson-Dorn find that state laws are weaker and less comprehensive than the federal act. West Virginia and Wyoming don't protect at all, in 30 states citizens do not have the option of petition for listing. Only 18 states protect all species listed by the act. 32 states provide less coverage than the statute. Incredible though it seems only 27 states require scientific data in listing decisions. that means they can kick animals  off the list with no scientific input.[6]

The act does more than just list species that are endangered. It also designates specific areas of "critical habitat," requires development of a plan for recovery, and implements research and management for each species listed.[7]

At that point some people might be asking "so what?" Animals look pretty and they are cute but it's no tragedy if they go extinct, that does not compare with human job extinction,right? Well ait is a problem greater than personal aesthetics or a moral failing. There are ecological ramifications; meaning we are talking about the eventual inability of the planet to bare life. First of all it's important to recognize that appeal to natural extinction is not a defense. As with global warmonger humanity has tipped the balance.

While extinction of animal species is part of the natural process of evolution, the expansion of the human species has led to significant increases in the extinction rate. Because humans share ecosystems with endangered species, our quality of life and our survival is linked to them. Habitat destruction, climate change, resource depletion and other factors have increased the extinction rate by a factor of 1,000, putting substantial pressure on thousands of the most vulnerable creatures on the planet.[8]


We are in the sixth major extinction in the history of the planet, the worst series of species extinctions since the death of  dinosaurs 65 million years ago. The natural rate of extinction is 1 to 5 species a year. We are now experiencing a period of 1 to 10,0000 times that rate![9][10] Australian anthropologist Thom Van Dooren tries to open up an understanding of the  inter-connectedness of the web of life and the toll extinction takes. He echos the possibility of the current age as the six great extinction and that humans have tipped the balance, He foresees horrendous consequences since we are as dependent upon the web of  life as any other species.[11]

The consequences are more direct and more dire. There are speckles humans depend upon for food production. I mean  the bees. We all know bees are fundamental, along with birds.  It's not a sex joke, without senators we can't grow food. Bees are dying off scientists don't yet know the exact cause they all know it's due to human impact upon the environment. Some farmers have had to import bees because the local hives  had collapsed,[12] "Of the different varieties of crops humans rely upon for food worldwide, 87 rely on pollinators, mainly honeybees, while only 28 different crops could survive without such assistance."[13]

There are also species that serve as buffers between humans and pathogens. Here the common opossum is an example. Their numbers have been dwindling due to human encroachment upon their habitat. Opossums  re resistant to lyme disease scientists who note the rise of that illness with teh decline of the opossum conclude that the  buffer zone has been  reduced,"In some areas of the United States, the incidents of Lyme disease has increased by about 30 percent in the past 20 years. Scientists have also discovered links between the incidence of West Nile virus and hantavirus and local reductions in biodiversity." [14]

The web of life has been stressed by man, through global warming, pesticides, loss of habitat. pollution, the integrity of the earth to reproduce life can only take so much stress. one could take a rivet out of an air plane wing and nothing would happen,Perhaps one could take out 50 rivets. But take out enough and eventually the wing will fall  apart. Including a species on list will not save it. Bit it gives us a barometer that helps us understand where  we are in the process. It also enables conservation that might save many specifies,listing has been effective in saving species.


Several studies have shown that listing species and developing conservation and recovery plans improves their status, provided that recovery efforts are funded. Rather than dismantling the Endangered Species Act, Congress needs to provide more resources to achieve its goals. The most productive strategies would be increasing funding for listing, conservation and recovery; systematically implementing and enforcing the law; and developing strategies for managing looming stressors to ecosystems, such as global climate change.[15]

[8] Milton Kazmeyer, "How do the Extinctions of Other Species Affect humans Directly?" Sciencing, (March 10, 2018),
https://sciencing.com/extinctions-other-creatures-affect-humans-directly-20692.html

Milton Kazmeyer has worked in the insurance, financial and manufacturing fields and also served as a federal contractor. He began his writing career in 2007 and now works full-time as a writer and transcriptionist. His primary fields of expertise include computers, astronomy, alternative energy sources and the environment.

This is the  source sited by the previous article,

’m an Associate Professor and an Australian Research Council (ARC) Future Fellow (2017-2021) in the Department of Gender and Cultural Studies and a Key Researcher in the Sydney Environment Institute at the University of Sydney, Australia. I’m also co-editor of the international, open-access journal Environmental Humanities (Duke University Press).
https://thomvandooren.org/about/

[12]Milton Kazmeyer, "How do the Extinctions ...Affect...?" op cit
https://sciencing.com/extinctions-other-creatures-affect-humans-directly-20692.html


Posted by Joseph Hinman (Metacrock) at 3:14 AM