Just Give Treason a Chance! 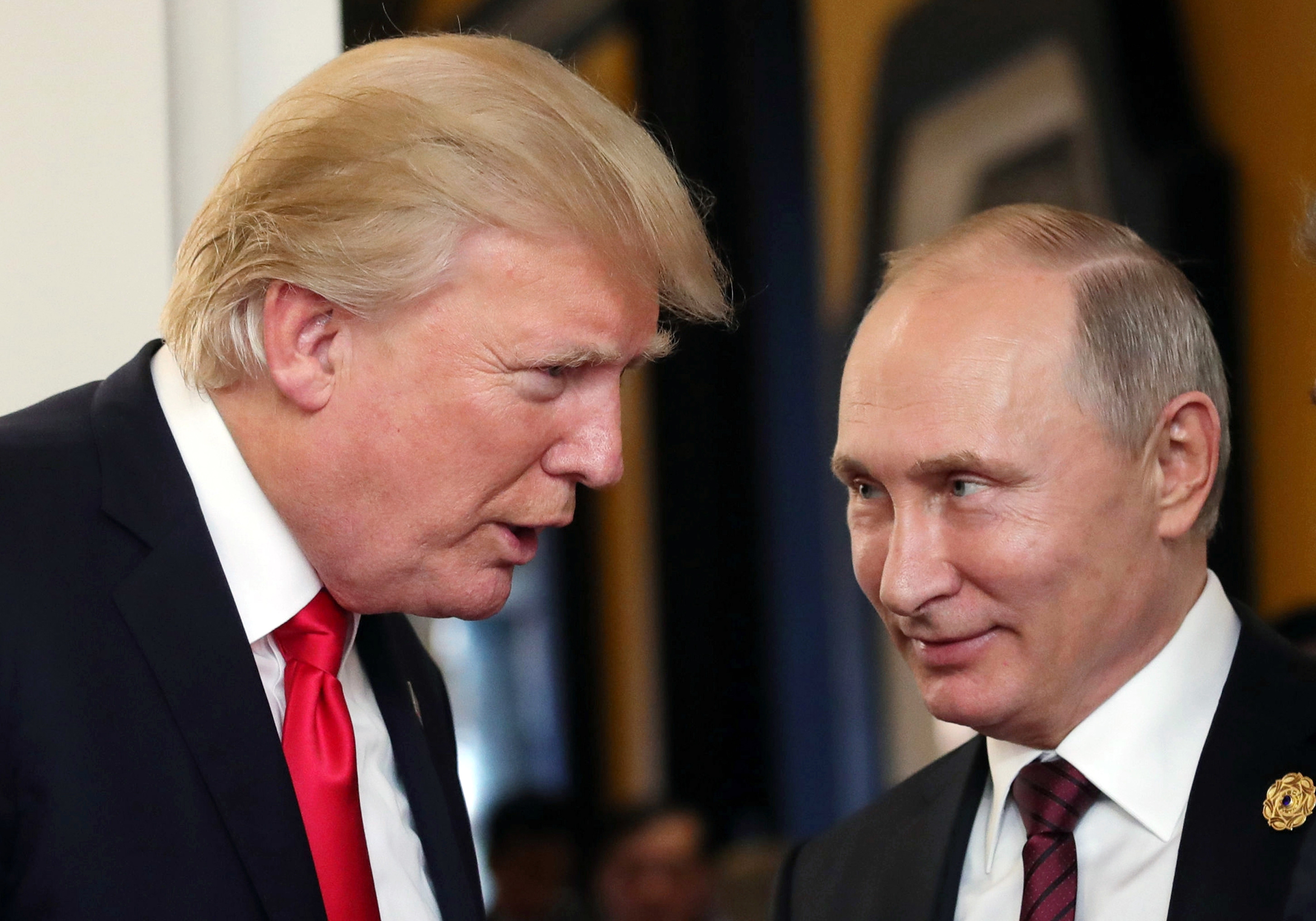 I am listening to Rand Paul, good little Trump attack dog, defending his master by saying even Reagan did not confront Gorbachev with the evils of the USSR when they met with him. True but he also did not throw his intelligence agents under the bus and say: "I have no reason to doubt USSR [Putin]," My Trumpie friend says "he did not say that" yes he did, That is what his words meant, He did not use those very words but hes aid it. He did say: I have no reason not to accept Putin's word, but what about the fact that Putin is a dictator? A murderer,a liar? are those not reasons? What about the fact that all our security people agree that Russia did work to destabilize us in the election? The reason he gives for trusting Putin? "He denied it in such a strong and powerful,way!" He voice so caressing those words as he spoke. So it is as though strong and powerful = right. But then he comes back home and says: "I didn't mean it I meant the opposite (I said would I meant would not) In his "clarification" he admitted Russia did stick their noses into our elections. My friend denied defending the idea that there's no evidence which he did deny the previous day. But still Paul says it's good to have good relations with Russia. It's good to sit and talk with them,
I say Rand, old man,I would buy your argument iff we had a messenger I could trust. If Our guy talking to Putin was trustworthy I would say yes sit down with him and talk amiably about our aims and theirs. But we don;t have anyone like that.. We have a liar who clearly puts Putin;s interest above our own.

The republicans are still imn fear over the claim that Trump is not a valid President,I still don;t believe he is. But it's gone way beyond that now, he is clearly putting his own need to feel validated above the good of the country because he can't even acknowledge that anything was done to our electrical process even if it has nothing to do with his victory. His contradictory "clarification" makes it worse because it shows he could only acknowledge the truth when forced to.
.
It all seems pretty obvious and yet the Trumpies aren't buying it,I believe he really could murder a child in public and they would find a way to rationalize it. Even republican leadership almost had probables:

WASHINGTON — President Trump's unwillingness to confront Russian President Vladimir Putin during a joint appearance on Monday prompted a groundswell of criticism from Democrats and Republicans — including many longtime defenders of the president.
"The president must appreciate that Russia is not our ally," House Speaker Paul Ryan, R-Wisc., said after a joint press conference between the two leaders.
"There is no moral equivalence between the United States and Russia, which remains hostile to our most basic values and ideals,"he said.
A growing number of Republican lawmakers focused on Trump’s remarks that both the U.S. and Russia were to blame for troubled relations between the two countries. Trump, responding to a question about whether Russia had any responsibility for that relationship, indicated that the ongoing investigation into the 2016 election was as much to blame as the Russian interference itself.
Sen. John McCain, R-Ariz., described the meeting in Helsinki as a "tragic mistake."
“No prior president has ever abased himself more abjectly before a tyrant,“ said McCain, the chairman of the Senate Armed Services Committee. “President Trump proved not only unable, but unwilling to stand up to Putin." [1]
Yet the base is prepared to give treason a chance:

A new tracking poll from Reuters/ Ipsos on Tuesday showed that rank-and-file Republicans not only continue to support President Trump but refuse to believe he’s doing anything wrong. The most galling number from the survey is: 71 percent of Republicans approve of Trump’s handling of Russia.[emphasis mine] That support runs counter to much of the leadership of their own party, at minimum during the Helsinki summit. The poll was put into the field following the summit, so it should pick up any quiver of movement, but there still has not been a dip in GOP support for Trump’s Putin-loving approach.[2] [3]

Yes a slight majority of Americans are not traitors and don;t buy it:


Overall, more than half of those polled (55 percent) disapproved of Trump’s handling of Russia and agree (59 percent) with U.S. intelligence findings about Russian attempts to tamper with the 2016 election. But, also worrying, is the fact that only 32 percent of Republicans believe that Russia attempted to intervene in the election. Not that Russia had a preference for or collaborated with the Trump campaign, just that it attempted to interfere. The Democratic figures, predictably, are more or less the inverse of the GOP numbers. But the Republican support is pretty astonishing given the response to Trump’s soft touch with Putin. It drew rebukes from all corners, including Republican lawmakers, Fox News hosts, and even Trump allies, like Newt Gingrich. But it still hasn’t moved the needle, according to the Reuters poll.[4]

We have to win the mid terms, vote now don't even wait. You can get an absentee ballot. Or at least vote when early voting begins. Call congress and demand they protect the Muller investigation and censor Trump's comments,