In Memory of Philip Roth, dies at 85


His work agaisnt Nixon (Our Gang)* was brilliant  All of his writing was Brilliant,
This guy was my favorite novelist for a time.

He won intense respect from the moment in the 1960s when he joined Saul Bellow and Bernard Malamudin a Jewish troika at the centre of American literature. But there remained doubts, demands for clarification, as though he had not been writing literature after all, but committing a long, strained, perhaps not wholly candid act of self-revelation which merited the critics’ distrust.
Roth’s first book, Goodbye, Columbus (1959), sold a more than respectable 12,000 copies in hardback and received the National Book award. The big one – the Nobel prize in literature – eluded him, but there can be few American literary careers so richly laurelled, early and late. He was a bestselling writer only once in his career, when Portnoy’s Complaint (1969) sold 420,000 copies in the first 10 weeks after publication. 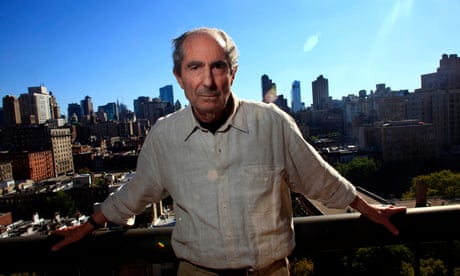 Read more
From his earliest work, Roth’s Jewish readers were uneasy with his ironic view of Jewish life. Roth delighted in every nuance and absurdity of Jewish life in America, but his defiantly secular sensibility was without piety or reverence. When asked about his religious beliefs in 2006, Roth told the radio interviewer Terry Gross that he had “no taste for delusion” nor any need for spiritual consolation. The Jewish community saw Roth as a wisenheimer – a sharp-tongued young man who had turned his back upon the religion of his fathers.
Heavyweight critics agreed. Robert Alter saw an element of “uncontrolled rage” against women and Jewish parents in Roth’s early books. Irving Howeargued that Roth lacked Tolstoyan amplitude because his books come out of a “thin personal culture”. Alfred Kazin wrote that Roth seemingly had escaped from his Jewishness altogether.


Posted by Joseph Hinman (Metacrock) at 2:44 AM

One of the greats.