Jesus mytherism is a symptom of One-Dimensional Man 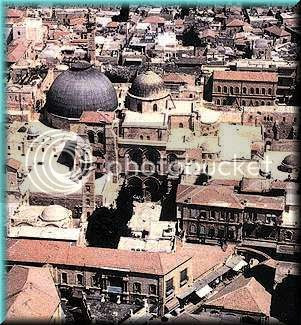 One dimensional man was Herbert Marcue's concept marking the decline of Western civilization and the ultimate triumph of capitalistic market forces in producing a tantalized system of obedience. It was the ultimate in capitalism  induced false consciousness arresting class struggle. The workers get hooked on false needs, they don't perceive their need to rebel.[1] In the 90s the plucky grad students from UT Dallas produced the academic journal Negations, which sought to update Marcuse into the 90s. Publisher was a J.L.Hinman, Our unique contribution to the subject, the nature of the closed realm of discourage. Everything has to be about consuming and producing,[2]

Fast froward into the current age, the age of the Foux President. Negations was before my days as a Christian apologist (although I was a Christian and had my Masters in theology). As a Christian apologist I have seen and confronted the phenomenon of the Jesus myther. The idea that Jesus was not a man in history but totally myth. For 1900 years Jesus was considered an historical fact, Then in 18th-19th century he was for a sort time seen as mythical by a handful of crack pots whose ideas where smitten. [3] Now that notion has come back to a point that 1 imn 4 Britons thinks Jesus was mythical. [4] Why now? Obviously it's part of the New atheism, but I argued recently on this blog that both fundamentalism (the hard turn right) and atheist fundamentalism (Dawkamentalism) are manifestations of the same collapse of civilization and the filling of the void with ignorance.

One might resist the notion (no pun) that there could be a connection, But let;s consider it. First, we know that the vast majority of historians still believe that Jesus lived as a man in history.

Seldom have recent scholars questioned or denied the historical existence of Jesus.  Of the very few who have done so, G. A. Wells is probably the best known.  In this article, I will outline and then respond to some of his major tenets.Before turning to this topic, I will first note that the vast majority of scholars, both conservative and liberal alike, generally disdain radical theses that question the very existence of Jesus.  For example, theologian Rudolf Bultmann asserted, "By no means are we at the mercy of those who doubt or deny that Jesus ever lived." [i]Historian Michael Grant termed the hypothesis that Jesus never lived an "extreme view."  He charges that it transgresses the basics of historiography: "if we apply to the New Testament, as we should, the same sort of criteria as we should apply to other ancient writings containing historical material, we can no more reject Jesus' existence than we can reject the existence of a mass of pagan personages whose reality as historical figures is never questioned."  Grant summarizes, after referring to Wells as an example: "modern critical methods fail to support the Christ-myth theory."  These positions have been "annihilated" by the best scholars because the critics "have not succeeded in disposing of the much stronger, indeed very abundant, evidence to the contrary." [ii] [5]

He goes on to say a publisher wanted him to remove a chapter on Wells [famous advocate ofJesu myth theory]  because it was devoid of "serious sophistical content," He quotes Well's assaying: "nearly all commentators who mention the matter at all, [set] aside doubts about Jesus' historicity as ridiculous." [iii]  [6] Even the famous Wells agrees with him that most historians don't accept it, The mythers dismiss that fact by saying they are biased, it's a prejudice. That may well be but the point is it's presumed true by the people who wrote history and the mythers have no positive argument, All of their arguments basically amount to the absence of direct proof rather than any real evidence that Jesus did not exist, That is not enough,

One fact that puts the British belief into perspective is that the same people in Briton who doubt Jesus' existence also doubt the existence of Winston  Chrichhill. That's right he was Prime Minister within living memory and yet they doubt he existed! Not only him but King Richard he Lionheart and Florence Nightingale. These are people/whose existence is well documented in history,[7] While there may be actual serious thinkers taunting the Jesus myth theory the real popularity seems to be a symptom of ignorance of the times. Likewise these mythers call for historical proof and yet they are not willing to accept the word of historians, They assert that historians believe in Jesus' historicity as the result of bullying from academic figures and tradition,so they are attempting to pschologize a whole academic disciplined they know nothing about and to use their own standards to critique it by,To me that says major crass ignorance.

There is a larger issue of which all of this is just symptom,That is the battered concept of truth and how truth itself has fared. The alt fact syndrome we saw in  the election is just the latest turn in the death of truth. One example is revealed in the use of the encyclopedia. I argue that all standard reference works include Jesus' historicity as a fact, The mythers just roar with   laughter at the idea that one would quote an encyclopedia. I realize that the encyclopedia is not a sophisticated source. I  would never relay on that in a paper for graduate school. Yet it's enough to pose the basic presumption of Jesus' existence until such a time as a myther has an actual positive bit of evidence which they do not have now, They can't understand this concept,

Then in looking for evidence that says encyclopedia is a valid reference work I find quotes that castigate the encyclopedia in favor of Wiki. Witness Racel S. Wexelbaum's 'study"at St. cloud State University. "Findings – Due to their static nature, traditionally published encyclopedias are not always accurate, objective information resources. Intentions of editors and authors also come into question. A researcher may find more value in using encyclopedias as historical documents rather than resources for quick facts."

The word “encyclopedia” comes from a corruption of the Greek phrase enkyklios paideia which literally translates as “complete instruction” or “complete knowledge”. As human knowledge increases and evolves, capturing it between two covers becomes impossible. With advances in communication, travel, and scientific research, expecting encyclopedia entries to persist as authoritative fact becomes laughable. The traditional encyclopedia survives as a reference resource due to criticism of open source Wikipedia by historians and academic librarians. While the structure of Wikipedia allows for infinite updates to our expanding, shifting knowledge base, the traditional encyclopedia has value as a historical document. Any explanation of phenomena bound between two covers (or rendered immutable by copyright and license agreement) provides a snapshot of what we had once perceived as truth [8]

It seems that most of the reasons She gives for the death of encyclopedias the static nature of print, She says traditional works don't include the view point of  LGBT community ,I have a solution, go into a new printing. But no, truth itself is reduced to news feed. The stream of up to the minute data replaces the concept of timeless truth. Lest some argue appeal to authority this is not the informal fallacy of appeal to improper or necessary authority It just betrays ignorance of science and ignorance of epistemology that people don''t;know this. This is quite different Authority proper is always a basis for knowledge even in science.[9] Every academic I know complains about Wikipedia being used by their students as authoritative source when it can be changed overnight by any hacktivist. But Wexelbaum makes that into one of the selling point of Wiki over encyclopedia. Because truth changes in an instant. Truth is no longer a timeless reality but now a ever changing news feed,

The knowledge standard to which the mythers appeal is not one used by historians but is based upon Wikipedia or upon the instant knowledge of streaming data. There's no instant feed Jesus is not on the 6:00 news, therefore he can;t be historical. This ruthless model of knowledge fits the closed realm of discourage in one-dimensional society (1DM) because no truth can be allowed to penetrate the closed realm that centers around consuming and producing,That is all there is  and nothing else can stand as truth.

Bigfoot is a myth. ;) Jesus is just alright.

Combine that with an evangelism mindframe (not only that your own ideology rules, but that you must spread it to others), and we have this state of affairs where things like Jesus mything grow and spread.

The root, I think, is fear. The world is changing so fast, and many who have been in a dominant position are seeing their places challenged. So they move to ideology as a form of certainty and dominance.

could not agree with you more kristen. Very insightful comments,I still think there;s a link between fundamentalism and 1DM. Marcuse called counterculture the commemoration the lapel of capitalism. I think fundamentalism is as well.