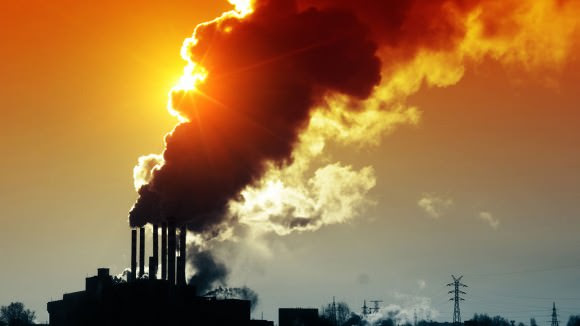 Even though the moderators of all three presidential debates failed to ask any question about climate change or the environment, Donald Trump has made no secret of his disdain for America’s Environmental Protection Agency. In October, he promised to cut EPA regulations “70 to 80 percent” (watch this video at the 4 minute mark). In explaining how he will cut spending to pay for tax cuts, he has singled out the Environmental Protection Agency for budget cuts, promising to:“get rid of [EPA] in almost every form. We are going to have little tidbits left but we are going to take a tremendous amount out.” - Trump, March 2016[In reality, EPA’s entire budget equals about one percent of the national deficit, estimated at $590 billion for 2016.] (Read More)

WASHINGTON — President-elect Donald J. Trump has selected Scott Pruitt, the Oklahoma attorney general and a close ally of the fossil fuel industry, to run the Environmental Protection Agency, signaling Mr. Trump’s determination to dismantle President Obama’s efforts to counter climate change — and much of the E.P.A. itself. Mr. Pruitt, a Republican, has been a key architect of the legal battle against Mr. Obama’s climate change policies, actions that fit with the president-elect’s comments during the campaign. Mr. Trump has criticized the established science of human-caused global warming as a hoax, vowed to “cancel” the Paris accord committing nearly every nation to taking action to fight climate change, and attacked Mr. Obama’s signature global warming policy, the Clean Power Plan, as a “war on coal.”
Mr. Pruitt has been in lock step with those views.
“Scientists continue to disagree about the degree and extent of global warming and its connection to the actions of mankind,” he wrote in National Review earlier this year. “That debate should be encouraged — in classrooms, public forums, and the halls of Congress. It should not be silenced with threats of prosecution. Dissent is not a crime.”

Pruitt does not believe climate change is a hoax but he stops snort of acceptance  that man is significantly contributing to it,

Republican Senator from Maine Susan Collins will. vote "no" on Pruitt


Call your congressional rep and both senators and demand that they vote not on Pruitt for EPA!
202-224-3121


Posted by Joseph Hinman (Metacrock) at 2:10 AM

Well, we lost this one, too. We'll just have to keep a close eye on what he tries to do, I guess.