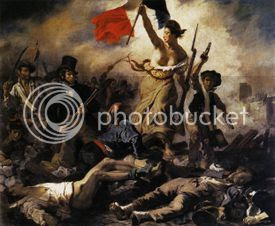 
I have only supported one war since I was eight. I protested Vietnam when I was 12. I protested against the contra war in Nicaragua. The only war I supported was Afghanistan: Until now. We mourn the deaths of the people in Paris. We all agree with President Obama it was an attack on all humanity. We care about France, our nation's fiorst ally and the center of civilization; we are touched by their pain, we wish them the best. We can't allow this barbarous murder to go on. We have to stop them now. Time to be cowboys. Time to avail ourselves of some o' that God old American intervention, so wrong in Vietnam' but these guys are not the Vietcong.

hear the French national anthem La Marseillaise,one of the most stirring anthems in the world, With English Lyrics.

Labels: A Tribute to The Victims in Paris