What is Panentheism? Does it require an impersoanl God? 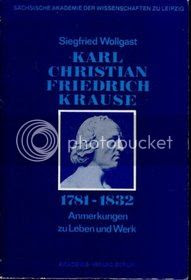 Panenthism* is the idea that God is both in creation and beyond it (emphasis mine) The Westminster dicitionary of Christian theology defines it thus:


panenthism, the doctrine that all is in God. It is distinguished from pantheism which identifies God with the totality or as the unity of the totality, for it holds that God's inclusion of the world does not exhaust the reality of God.Panentheism understands itself as a form of theism, but it criticizes traditional theism for seeing the world as external to God. [1]

Charles Hartshorne is one of the most famous panentheists. He juxtaposes the monopolar God of much of the theistic tradition with his from of mulit-polar (di-polar) theism (process theology). God is inclusive of the world God is also changing in his consequent or concrete structure, yet unchanging in his absolute or potential structure, thus "God is in process" and is di polar. [2] "Hartshorne argues that this conforms better than traditional theism or pantheism to the Biblical understanding of the living God who loves and knows, the world, acts within it and shares the joys and sorrows of the creatures."[3] Hartshorne takes the mono-polar view of God as based upon the Greek prejudice agaisnt time and change.[4] Cobbs articles only with Harshorne's view of panentheism but Paul Tillich is also Known as a Panentheist. David H. Nikkel provides an indepth comparision between the views of Hartshorne and those of Tillich on panentheism. Tillich is understood as arguing that God is not a thing in creatin or along side other thing in creation but is the basis of all that is. To that extent God is not a being but is being itself. That means that God is manifest in the beings. God is part of creation but also goes beyond it. That doesn't mean creation is divine it doesn't mean we are Gods or any such nonsense. Hydrogen is part of water but it's not indistinguishable form water.[5]

Some charge that this makes Tillich sound pantheistic. It's the pantheistic aspects that sound pantheistic. They are not the same. Tillich gives three caveats about pantheism that must be remembered.There are three negative side affirmations that pertain to pantheism (in terms of Tillichian theology: “Not Universal essence,” “Not found in totality of beings,” “Not Pantheistic.” There are two kinds of pantheism in general, the first kind I will discuss is daubed by Tillich as “not true pantheism” but I can tell you most message board opponents of Christianity calling themselves “pantheistic” will disagree. That is the version that says God is the essence of all things, the abstracted amalgam of everything that is; God the collection of the world as a whole. Weather true pantheism or not, this is not the concept Tillich has of God and he repudiates it specifically. This is what he means by “not universal essence” or “not found in the totality of beings.” When he says “not pantheistic” he means the other kind, because he’s already nixed the first kind, the “other kind” (what he calls “true pantheism”) is sort of a personification or deification of nature. There’s a power of nature, a collection of laws of nature and that collection is revered in the way a god is revered. Though Tillich describes God as “the power of being” he does not mean the power of nature alone. Tillich rejects both forms of pantheism. 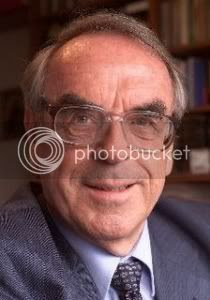 
Smith contrasts Tillich with Moltmann and protrays Molatmann and much more orthodox in terms of Trinity and Chrsitoloogy.

Moltmann’s panentheism is considerably different than Tillich’s. Although I think Moltmann would technically agree with Tillich’s statement that God is the Ground of Being, he prefers tospeaks of God in more personal, redemptive terms. For Moltmann, God “created” space and time within himself in order to make room for the universe. He withdrew from this space, and it became the Godforsaken place. Thus while the universe remains contingent upon God (meaning that its existence depends upon him), it is not as ontologically identical with him as in Tillich’s thought.[6]


I question smith's understanding of these theologians. He wants to go beyond Panentheism and tack Trintiaian and Christilogical doctrines on to laud Moltmann and chide Tillich.

Where Tillich would likely agree with Aquinas that God only appears to suffer, love, or have any emotion at all, Moltmann declares that God actually feels emotion. He is its creator, but all the same he chooses to subject himself to it. This likely would not be possible for Paul Tillich’s Ground of Being. The difference between the two in this regard is best demonstrated by a comparison of their Christologies: Tillich denies any real incarnation of God in order, presumably, to maintain his transcendence. Moltmann, however, believes that Jesus Christ was actually God.[7]


Evangelicals are so deeply afraid of pantheism they keep trying to force penentheism into a mold of pantheist likeness. It's almost as though they are hedges their own saftey, they wont be mistaken for patheists themselves, if they  accuse panentheism of being pantheism and reject it. One such example is that of Roger E. Olson.[8] He points out being panentheist is the kiss of death for teaching at an evangelical seminary. I have a easy remedy for that one. Don't teach at one. This is especially good if you are a panenthist. He also points out the the meaning has changed to the extent that one can't be sure what is meant by it. The same things happens with all view points that become popular. People always enlarge upon terms and change various nuances about them until you can't know what they really mean. This happened with existentialism it happened with Postmodernism, and so on. It's going keep happening. it's just the way it works when one is overly concenred with labeling everything. I am opposed to labeling. I'm not concerned with doctrinal labels people put on ideas, that's becuase I'm a existentialist. Want to know what kind? The kind that doesn't like labels. Also the kind whose witting style is too cute and who labors to make obvious jokes.

Olsen does a good job in mentioning the historical background of the term. Apparently "it was coined by German philosophical theologian Karl Friedrich Krause (1781-1832) who invented the German word Allingottlehre which literally means 'the doctrine that all is in God.'" [9] Olsen comes to the real meat of the matter. In bring Hegel in to understand God and his relationship to the world in a dialectical fashion some assert as Hegel said "without the world God would not be God." That gives it a sort of pantheistic cast. It makes it seem that God is dependent upon the world. Or perhaps God is the world.

A consensus used to exist that panentheism is any view of the God-world relationship that portrays God and the world as essentially interdependent although God’s essence is not contributed by the world. One of the first whole books exploring the concept was Philosophers Speak of God by Charles Hartshorne and William Reese (University of Chicago Press, 1953). They defined panentheism as any view in which “To be himself [God] does not this universe, but only a universe.” (22) They asserted that, at the very least, panentheism denies creation ex nihilo (23).[10]


Olsen states that he can accept a view that asserts the world is in God in the sense that Paul said it in Acts, (in him we live and move and have our being) but the real issue is creation ex nihilo.[11] The I have a problem there. I agree with Olsen on that concern. I think Moltmann is right that the world as creation is distinct form God, I doubt that Tillich would have disagreed.

The problem is exnihilo means that God didn't use a pre existing material to create the world. But does it mean that he just zapped it out of true absolute nothing? I'm willing to believe that he could have, but it makes more sense to thin that he somehow created a sort of inanimate material out of his own thoughts. The doctrine doesn't really specify. If my view of the world as a thought in the mind of God is true that problem would be side stepped or resolved in the latter idea, since it would require that the world is a thought in the mind, thus God's actually thoughts provide the ground for matter. Does that satisfy the orthodox? If we dont' worship inanimate matter as part of God what difference does it make? Yet I do agree with the concern of honoring and staying in as par as possible the bounds of orthodoxy. Color in the lines.

That leaves the final issue as the one about the personal nature of God. Panentheism is often castigated as the belief that God is impersonal. Tillich does deny the notion of a personal God yet in so doing he is not choosing an inanimate God. He's just being aware of the term personal and how it reflects human personality and ego involvement. My views on this have been set down in this very blog numerous times. See "Paul Tillich and the Personal God." [12] (part 2).Tillich himself seems to refute this idea in Systematic Theology no. One where he says HE CARRIES WITHIN HIMSELF THE ONTOLOGICAL POWER OF PERSONALITY.he is not a person BUT HE IS NOT LESS THAN PERSONAL." [13] I've always thought of process theology has an impersonal view of God but the things Cobb (who is a major process theologian) says about Hartshorne's view in the article mentioned above, that doesn't sound too impersonal. Certainly Moltmann seems to be cast in the role of a panentheist yet one with a personal sort of view of God.[14]

*I put in the red "en" and balded and italicized it to distinguish it from pantheism at a glace becuase it is hard to see that "en" in there. It makes it easier to know at a glance which is being discussed. No one else does that it's my own idiosyncrasy.

Posted by Joseph Hinman (Metacrock) at 7:07 AM