How do you Know Which Parts of the Bible are Inspired? 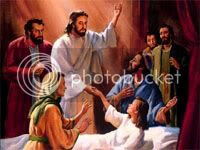