Why Good People Despise Each Other Over Politics 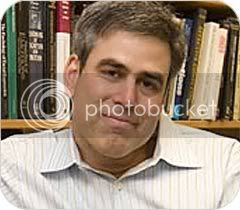 Yesterday I watched Bill Moyer's Interview with Jonathan Haidt, Author of the Righteous Mind: Why Good People are Divided by Politics and Religion.

His research focuses on morality - its emotional foundations, cultural variations, and developmental course. He began his career studying the negative moral emotions, such as disgust, shame, and vengeance, but then moved on to the understudied positive moral emotions, such as admiration, awe, and moral elevation. He is the co-developer of Moral Foundations theory, and of the research site YourMorals.org. He uses his research to help people understand and respect the moral motives of their enemies (see CivilPolitics.org, and see his 2008 TED talk).

From the interview with Moyers:

Our country is more politically polarized than ever. Is it possible to agree to disagree and still move on to solve our massive problems? Or are the blind leading the blind — over the cliff?

Bill and social psychologist Jonathan Haidt talk about the psychological underpinnings of our contentious culture, why we can’t trust our own opinions, and the demonizing of our adversaries.

“When it gets so that your opponents are not just people you disagree with, but… the mental state in which I am fighting for good, and you are fighting for evil, it’s very difficult to compromise,” Haidt tells Moyers. “Compromise becomes a dirty word.”

On one level what Haidt is telling us is pretty obvious. He presents a study where data was gathered on attitudes about politics and religion. It demonstrates that liberals care most about a public ground of caring and compassion and that's the most important thing. They don't like or trust nation states, they are not concenred with the sacralizing of America. Ceonservatives are concerneed with America as a sacred emblem of God and goodness. Thus liberals don't emphasize concepts such as loyalty and reverense and conservatives do. Haidt finds that the real change in American society has come through the demonizing of the other. Grounds use to sport a healthy competition, but they didn't see each other as evil. They would come together in football games to compete then it's just a game they celebrate together and become one again. Now that doesn't happen. We have purified he two parties to the extent that each sees itself as the righteous standing up against the evil other. When we come to see our opponents as evil we are willing to kill them.

Haidt locates the historical dividing line in the passage of the civil rights act. He's clearly a liberal he's not arguing that we should not have passed the civil rights act, but he is saying that is the think end of the wedge that drove the two sides apart. Moyers tossed in that Johnson told him at the time "we just delivered the south over to the Republicans for the rest of my lie and probably yours too." Moyers was an aid to Johnson during his entire administration. The Republican party worked on purification of its ranks for many decades. The liberal and moderate Republicans (Lowell P. Weicker) were basically kicked out by Nixon in the 72 coronation. The Reagan years brought a conservative purge by ideology. The Democrats purged their party in 72 through the McGovern rules committee and the rules change for delegates and affirmative action. Each party moved further toward it's end of the spectrum, Dems left and Republicans right.

Now we have a situation where one side (Obama) feels it is morally incumbent to compromise and the other side (Republicans) feel it is morally incumbent not to compromise. the really devastating twist is the way each side demonizes the other. All of this is pretty obvious to anyone who knows the history of politics in America and pays attendance to the perennial crisis that is American politics, but what he says that is most worth hearing is that we have to realize both sides are in the same black hole. Both sides think the other is in "La la land" and both sides think the other are crazy. since that is the problem the only solution is to realize that both sides are nuts. Stop thinking of ourselves as "the sane side" that's standing up to evil and start realizing when American politics is a black hole, such as the cold war, all light is absorbed into that black hole. Until and unless we are willing to do that it's going to keep moving toward the prepuces.


I predict it's too late. The recent supreme court decision on Campaign finance will allow for a flood of negative adds and they will get worse than ever and there's no turning back from the edge. The court rejected limit of corporate spending for political money.

"WASHINGTON — Overruling two important precedents about the First Amendment rights of corporations, a bitterly divided Supreme Court on Thursday ruled that the government may not ban political spending by corporations in candidate elections."

The 5-to-4 decision was a vindication, the majority said, of the First Amendment’s most basic free speech principle — that the government has no business regulating political speech. The dissenters said that allowing corporate money to flood the political marketplace would corrupt democracy.

The ruling represented a sharp doctrinal shift, and it will have major political and practical consequences. Specialists in campaign finance law said they expected the decision to reshape the way elections were conducted. Though the decision does not directly address them, its logic also applies to the labor unions that are often at political odds with big business.

The decision will be felt most immediately in the coming midterm elections, given that it comes just two days after Democrats lost a filibuster-proof majority in the Senate and as popular discontent over government bailouts and corporate bonuses continues to boil.

President Obama called it “a major victory for big oil, Wall Street banks, health insurance companies and the other powerful interests that marshal their power every day in Washington to drown out the voices of everyday Americans.”

This is a primary proving ground for the Gospel. If this Christian stuff really means anything this is the time when we have to start using it. If there is wisdom in Jesus' utterances about love, forgiveness, and doing unto other as we would have them do unto us, then this is the time to start doing that.


Moyer's actual interview with Haidt is available on this link..
Posted by Joseph Hinman (Metacrock) at 2:21 AM

Yes, I've often thought (but not actually followed through...) that liberals should show up at conservative megachurches on Sunday and just talk to people, get to know them and try to find common ground.

It's hard though when people get their "facts" from Fox News, they seem to be hostile to other views: my sister's neighbor, who is a really nice guy, just brings up Fox News talking points at random, and I get the feeling that if I say I disagree, he would take it personally. So I stay off politics and vaguely change the subject away from the deficit, etc.

Yes but you know those Fox news guys, they are just lala land, it's becuase they are evil!

I'm Joking. you know I am but for those who don't know me personally. yes I am joking.

This is interesting. I'm going to have to look into it more. It's hard for me, right now as a centrist just looking at the situation, not to blame the right more than the left for where we are heading-- even though I would usually put myself slightly to the right of center. I know you are on the left, Metacrock. What do you think? When one side is saying, "I've got a position on this matter, but I'm willing to concede some things," and the other side is saying, "We aren't going to concede anything at all," who is more to blame for the polarization? Yes, both sides demonize each other-- but only the right is refusing to even talk. I will try to view the interview and see if my feelings on this change.

Well sure, Kristen, I'm willing to blame the right. I can't give in to my inclination without trying to see both sides or I'm just not a liberal anymore. Hey feel free to blame the right more! You have my blessing ;-)

BTW the way, thanks for being a centrist, that's got to the hardest row to hoe.