Arguing the "God on the Brain Argument." 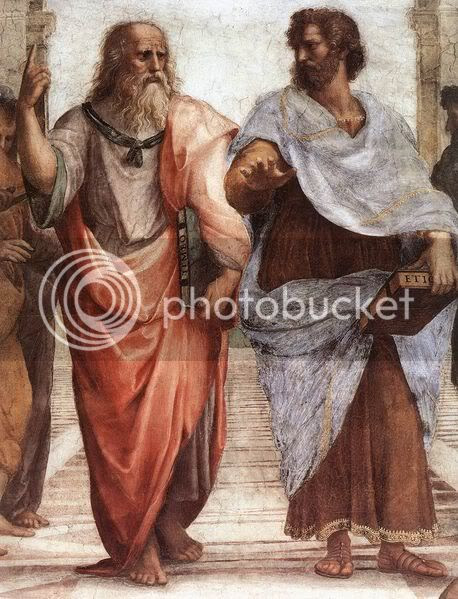 I made the argument that I put down here on Wednesday, on CARM that same day. I must say this was one of the most civil and enjoyable exchanges I've had with them. I especially enjoyed talking with Hermit. I must say also that I had to repeat my self a lot. That's to be expected becasue everyone doesn't read every post.

The major weakness of the argument seems to be proving that the experience (or the reaction of the brain) is an idea. The argument turns on the notion that the response to God talk means there's an innate idea of God, of course that was resisted most. First they try to confuse the idea with instinct:

There is an innate instinct to believe in religion and susceptibility to anthropomorphize everything, there is no innate idea of a God cocnept.


I don't how it would be possible for the brain to react to talk and not be relating to ideas. If every time you say "paint the fence" someone has an censure then you have to figure "paint the fence" means somethign to them that's got a negative connotation. that means they must know what painting is and what the fence is.

God is not an instinct it's an idea. how could he brain brain react to talk about it without knowing what it means at some level?

No it requires that you have it. you can't react to a word by itself unless you have a sense of it's meaning. hearing "God" you never seen one why not just hear "zapaduggfoe"? why react to that word and no other in that way but you don't know what it mean or have a sense of it as a special thing. that makes no sense at all.

when you see Newberg say "they all have the same idea around the world" it's obvious there's an idea, it's universal but it's a product of culture so it shouldn't be universal. your brain lights up when it hears so there must be some level at which there's an idea there.

there wasn't much talk about the tie breakers. Not everyone grasped the distinction in this argument and the mystical experience argument. Three or four of them made intelligent arguments and were willing to listen, including Hermit.

The other major argument they tended to make was about adaptation. They seemed to really by the notion that evolution could give us genetic disposition to reactions to God talk (again, I'm not talking about a conscious response bu the brain responding by stimulation and by correcting problems of health both mental and physical). No surprise there sense that's really the only choice of explanation they have, which not to say it's a bad one. I did find new evidence agaisnt the idea that the reactions of the brain to God talk are adaptions.

in other endowments we don't mustache belief in fantasy and unreal things that just happens to work out to benefit us.

"Religion Is Not an Adaptation" 159
Lee A. Kirkpatrick
In Where God and Science Meet
ed Patrick McNamara
Preager

Finally, perhaps the biggest problem with religion-as-adaptation theories
is that, in virtually every example I have encountered, it seems clear that a
much simpler design could solve the (presumed) adaptive problem at least
as well as religion. Natural selection is a very conservative process that,
starting from the existing design, fashions new adaptations by changing as
little as necessary. Simpler designs are more evolvable designs. Consider, for
example, suggestions that religious beliefs are adaptive because they provide
relief from anxiety or other psychological benefi ts. In addition to other problems
outlined previously as to how religion could represent an adaptation
designed to produce such effects, it seems obvious that a much simpler way
for natural selection to reduce anxiety would be to simply tweak a parameter
of the anxiety system or mechanism to make it quantitatively less reactive
in response to threats or to simply recalibrate it to produce consistently
lower levels. Such a minor change in an existing anxiety system would be far
easier—and thus more likely—for natural selection to produce than all the
complex systems and mechanisms (not to mention group-level phenomena)
required to produce anxiety-reducing religion.

On the whole I it shows potential to be a fine argument. The major problem is going to proving that the reactions constitute an innate idea. The real point of it all was show that there is hard scientific data and readily lends itself to a logical extrapolation for God arguments.
Posted by Joseph Hinman (Metacrock) at 4:59 AM