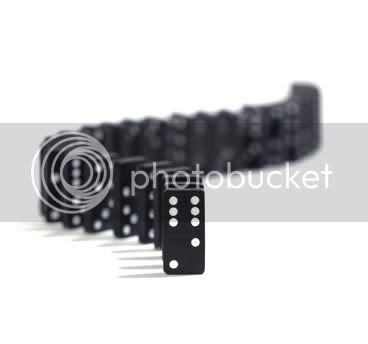 The Infinite causal regress is an important issue in dealing with the cosmological argument, especially the Kalam version, and the argument form final cause. It basically means that any infinitely recurring causality for any event is impossible, since one never actually arrives at a cause. The importance of this argument applies not only to the now largely abandoned notion of an oscillating universe, but to any finite causes of space/time. This is because in light of the impossibility it means that the ultimate cause of the universe must be a final cause, that is to say, the cause behind all other causes, but itself uncaused and eternal. These are two major issues because they indicate why the ultimate cause of the universe has to be God. Since arbitrary necessities are impossible, the ultimate cause cannot be something which is itself contingent, such as an eternal singularity. The ultimate cause, or "final cause" must be God, since God is a logical necessity.

But lately skeptics have sought to deny these principles. They have actually been denying that infinite causal regress is impossible. This causes me to suspect that they don' really understand the concept. For no one truly understanding the notion of an eternally repeating cause could seriously consider that an infinite causal regress can actually exist. But this denial takes two forms. First, they just deny it outright. They don't' believe me. And secondly, they sometimes try to provide examples such as the number line, that's a favorite. And of course the ever popular claim that God is also an infinite Regress. That is three arguments to deal with:

1) Out right denial that ICR is impossible

2) The argument that one can find examples in Mathematics

3) The idea that God is also an ICR

Before dealing with the nuberline I will just make a little argument on the impossibility of an actual infinite causal regress (that is that one could actually exist in real life).

1)A beginingless series of events is impossible.

A actual infinite is defined as A beginingless series of events This is not to say that nothing actual could be eternal, but that a series of events with no beginning cannot exist in reality. A thing is said to be actually infinite if part of it is equal to the whole. For example, mathematicians show that the number of fractions is equal to the number of whole numbers, even though fractions can divide whole numbers infinitesimally, because its all infinity and infinity is without number. Now here I'm distinguishing between existence in actuality, the "real world," as opposed to existence in mathematics.

The great mathematician David Hilbert argues for the notion that a beginingless series of events with no higher cause is impossible. ["On the Infinite" in Philosophy and Mathematics (Englewood Cliffs New Jersey: Prentice Hall), 1964, 139, 141.)

(But this author supports Aquinas' and Copleston in saying that linear causal regress is possible but not a hierarchical one. Easy to see why he says this, because he believed the universe to be infinite in time, but he still asserts that there must be a higher eternal generation)

Just extend Rowe's argument a little further to see that ICR is circular reasoning. The need for a cause is granted bye ICR advocate; and that need will be supplied, so they say, by the cause of the previous event (for example in an oscillating universe, the previous Big Bang supplies the need for the cause of this universe). But, when it comes to explaining the ca usual relation to the whole series they will say that is uncessary, because they have that previous link in the chain and it's covered by the infinite serious of previous links, but nothing ever explains how the previous link could be there, except a previous link.

This is just circular reasoning because no matter how far back you go you have a cause that allows for any particular link to exist. Take this example:

Now if we say "how can f exist without a cause? They say well it has a cause in e. But e doesn't have a cause except in a equally unexplained d, and go back as far as you will, there is never an explanation for how this could be. Yet they agree that the causal principal is necessary because they keep sticking in intermediate causes. If the causal principal is necessary, then there must be a final cause that explains how it could begin. Causality is linear and if they are going to argue for cyclical universe they have cover a linear concept of cause and effect.

Or let's look at the notion of finishing an infinite series. If a man claims to have been counting for infinity and is at last about to reach zero, he says -3, -2, -1, he's finally finished. Yet, he should have finished eons before, an infinity of time passed eons ago, or centuries, or decades, so he should have finished by now. Another strange paradox is that if we could check this man's counting in the past we would never find him counting. For he would have finished an infinity ago so we could never find him counting at any time that we ever checked his counting. Yet if he never counted he could never finish. Now may skeptics are going to say that it is impossible to count infinitely and so forth, yes, obviously. But these are the kinds of examples used in transfinite mathematics to illustrate this point.

"This illustrates once more that the series of past events could not be without a beginning for if you could not count numbers from eternity, neither could you have events form eternity. These examples underline the absurdity of a beginingless series of events in time, because such a series is an actual infinite and an actual infinite cannot exist. This means that the universe began to exist, which is what we set out to porve" (William Lane Criag in his early work, The Existence of God and The begining of the Universe Here's Life Publishers 1979 p.4 [and don't forget the empirical scientific data which also proves this same pint with the Big Bang).

3) An Actual Infinite Cannot Be Achieved by Adding one event to the series, thus the series of events in time can never be actually infinite.

This can also be understood in the fallacy to trying to count to infinity. This should be pretty obvious, because no matter how many events we add we can always add one more and continue to add events forever. One can never count to infinity. Most people understand this pretty well.So one could never add one event to another and reach infinity, it's the same thing. This is also called The impossibility of traversing the infinite.

Thus an actual infinite could come to exist only if all the members came to exist at the same time. As Craig points out "if an infinite number of Days existed before today, today would never come because one can never traverse the infinite." (50).

This First argument, the impossibility of a beginingless series of events with no higher cause was repeatedly defended and always successfully by G.J.Withrow, Professor of Mathematics at University of London's Imperial College of Science and Technology. see "The Age of the Universe,"British Journal for Philosopher of Science (1954-55) PP215-225. Natural Philosophy of Time (London: Thomas Nelson, 1961) See also Philsopher William Rowe The Cosmological Argument Princeton University press 1975

Now What if someone argues that the infinite series would be beyond time? In that case the skeptic loses the argument that there is no causality before time. IF there is no motion, causality, or change beyond time than there cannot be a series of events leading form one cause to another beyond time.

1) Out right denial that ICR is impossible.

Well, if they don't believe the logic, they are pretty hopeless. And if they don't' accept the word of the mathematicians that are quoted, there isn't much you can do about it. But it seems pretty obvious that if you have an infinite series of causes leading back infinitely you would never have an actual cause, and the thing to be caused would not exist, just as you cannot count to infinity, or just as the counter claiming to have arrived at zero from infinity would never have actually counted.

2) That the number line is an example from Mathematics that proves the actual infinite, or Infinite causal regress.

David Hilbert has prove, as quoted above, that transfinite mathematics cannot exist in life. The number line is not an actual series of events, it is only hypothetical. Moreover numbers do not cause each other. It is not a causal regress.

The ICR is an impossibility, it cannot exist in actuality. This means the universe cannot be eternal, for the universe is an infinite series of causes, each one leading to the next. It certainly means the old oscillating universe notion of eternally recurring big bangs and crunches is right out! Therefore, there must be a final cause which is eternal and is not a series of events but one final cause that transcends the chain of cause and effect. It causes the universe but it is not in turn an effect of any other cause.

Bertrand Russell discusses a similar paradox, which he called the Tristam Shandy paradox. Tristam is writing is own autobiography. He takes a whole year to write down the events of a single day. In an infinite amount of time, Shandy can complete the task. Here's a time-reversed version of the paradox: suppose that Tristam is clairvoyent -- he writes about his own future. Last year he wrote about today's events; in the year before last, he wrote about yesterday's events. Today, he has just completed an infinite autobiography, cover all the events of his infinite past, despite the fact that, as we go farther in the past, Shandy is every further behind in the task -- i.e., 1000 years ago, he was still writing about the events of only the last three days.

Final note: The paradox of Time.

Some thinkers believe that time is an infinite series. I do not agree with this notion, I accept t=0, time begins in the Big Bang. But this is a valid viewpoint, I just dont' happen to agree. But that does not prove that a beginingless series of events with no higher cause can exist. Time can still have a higher cause, God perhaps, in heierarchical fashion.
Posted by Joseph Hinman (Metacrock) at 8:59 AM