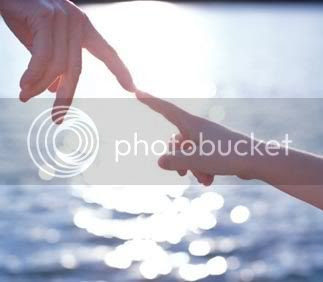 Long time reader and critic Loren makes some comments to the last post that I think need a more extended answer becasue they demon sate some typical atheist straw man arguemnts. These are things that atheist use a lot and the sooner we can get people understand how invalid they are perhaps they will quite wasting our time with it.

God likes to act like an unnecessary hypothesis, so It inspired the Bible's authors to write a book that looks like the work of some people making it up as they went along.

Meta: That's really clear they way she extends those fundamentalist assumptions as though they are the only possible way to think about religion. If you don't have those kinds of assumptions to begin with--that God is writing a memo from above, or a literal history book for us to follow like a set of incursions--then it's not a problem in the first place. The reason she understands it as an instruction Manuel is because the fundies lead everyone to believe that there is no other view and if one has another view it's unchristian. So they start out in the beginning assuming this is the way it has to be, God can only communicate through a book, and God must communicate. God cant' speak to our hearts or in instinct it has to be verbiage or it's not valid. Of course that actually contradicts what Paul says about the moral law upon the heart, but the fundies teach that. its' first the fundies fault for creating the impression that that's the only choice. It's also the atheists fault becasue they want that to be the answer, they want their brain washed minons to think that's the only to think about religon because it's so easy to beat. They do not have the slightest idea what to day about real theology, that's obvious becuase all Loren can do is mock and ridicule the ideas, she doesn't have a knowledge base from to understand that these are valid options in theology. Of course she will use circular reasoning in her come back and say "but theology is stupid so I don' t have to know that."

We can see from looking at her answer that her basic assumptions are those of the fundamentalists, that's the only set of assumptions atheist can understand. But more than that, they want those to be the assumptions of Christianity so they can answer them easily. Like communist and anti-communist, fundies and atheists are heads/tails. They are two sides f the same coin. Their logomochy is like a black hole sucking into it all rational discourse. But look at her assertions:

She can only assume that God is necessary if he is revealing literal history through verbal plenary inspiration. Being itself is obviously necessary since without it the diereses would not exist, we would not exist. But why does it have to be obvious, overt and verbal to be necessary?

so It inspired the Bible's authors to write a book that looks like the work of some people making it up as they went along.

I talked about several views, only one of them involved this idea. My own view is to see the Bible as a collection of writings, where people who had divine/human counters wrote and those who who had more encounters found those writings to speak well to the issues they thought were important so they put them in a list. No where in anything in the list does god say "I am writing a book for you." That's the fundies idea that they came up with in the 19th century so they could say Darwin was oppressed to God's divine revelation. The Church fathers didn't say that. The guys who chose the canon did not say "this is God's book."


I think that the Koran / BoM model of revelation is closer to what one would expect an omnimax entity to do,

Meta: First of all, how do you know what God would so? You are assuming based upon what? Obviously based upon The fundie view point, which is all you know. Secondly, why assert this  phase "omni max?" Do you not understand that Being itself is not in the same ball part with Aristotle's unmoved mover? The omnis come from Apostles. The bible doesn't use those phrases. They aer in contradiction with the idea of being itself. Have you paid so little attention that you don't know what my view is? Why would you argue with me and take up this argument knowing that I subscribe to that view? Because, tis' the only way you know to do it. This is what your atheist handlers taught you and this is all you know,right? What I can't understand is how the hell you think the Koran is any different than the verbal Plenary model? I mean Mohamed thought an angle picked him up by the throat and told him to write word fro word what he said. that is obviously verbal Plenary inspiration. That's exactly the same view you have been running down! that's your atheist staw man that the Christian fundamentalists use.

though I think that even that is inadequate. Communicating some revelation to some gentlemen in out-of-the-way places is not exactly what an omnimax entity might really want to do.

Meta: Again, what do you have to base that upon? Your only model is the fundies. Its' so bad that when you try an alternative you choose another set of fundies! You have no basis for asserting your assumptions of what God could do because you have no basis for thinking beyond this one model that is a straw man and that's based upon the heads to your tails. You are stuck in the black hole of fundamentalism. Atheists are just anti-fundamentalists.

Meta: What we have here is another confirmation of the atheist reading comprehension problem. It now seems pretty obvious that Lorden doesn't read even though she makes comments. She doesn't read the article she comments upon. She doesn't seem really undersatnd any of my postions. She says it would be much better if God communicates directly, well that's exactly what I say he does. That's the approach that she, at the top of this discussion mocked and ridiculed as appearing unnecessary. I am saying God communicates--in many way not just one--and not to write a book but to communicate with us. Some listen some don't. Of those who listen some write things that demonstrate what they heard. Some of those writings got put in the bible. Now the skeptic can't make up her mind if she wants to mock that idea of suggest it as an option.


I think it's time Loren began to reading my blog and listening to God. Not that those are synonymous.

And communicated in the fashion that I'm doing right now.

Meta: So you don't want God to write a book but you want him to blog?
Posted by Joseph Hinman (Metacrock) at 5:23 PM