Exposition on proposition 3 on my TS argument. 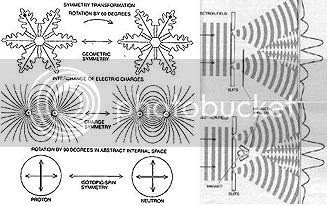 Zeabnuts on CARM asked me to explain this.

(1) Any rational, coherent and meaningful view of the universe must of necessity presuppose an oranizing principle which makes sense of the universe and explains the hierarchy of conceptualization.

(2) Organizing principles are summed up in a single first principle which grounds any sort of metaphysical hierarchy, the Transcendental Signifier (TS)

(3) It is impossible to do without a Trancendental Signifyer, all attempts to do so have ended in the re-establishment of a new TS. This is because we caannot organize the universe without a princinple of organizing.

(4)TS functions Uniquely as Top of The Metaphysical Heirarchy.It's function is mutually exclusive.

P1) TS's function is mutually exclusive, no other principle can superceed that of the TS since it alone grounds all principles and bestows meaning through orgnaization of concepts.

P4) The logical conclusion would be that There must be a TSed which actually creates and organizes the Universe.

P5) The sifnifier "God" is one version of the TS, that is to say, God functions in the divine ecnomy exacly as the TS functions in a metaphysical hierarchy.

P6) Since "God" is a version of the TS, and since TS and God concept share a unique function which should be mutually exclusive, the logical conclusion is that: God and TS share identity.ie "God" concept is description of the Transcendental Signified.

P7)Since the TS should be assumed as real, and TS and God share identity, we should assume that God is the Transcendental Signified, and thus is an actual reality.

This person wanted deeper illucidation upon p-2-4. but especially three:


Quote:P2)We have no choice but to assume the reality of some form of TSed since we cannot function coherently without a TS

P3) We have no choice but to assume the reality of some form of TSed since the universe does seem to fall into line with the meaning we bestow upon it.


First of all, let me summarize the argument:

I am saying that our understanding of reality as a coherent, organized procession of sense data relating to a reality that can be perceived and understood rationally depends upon the existence of a grand organizing principle which gives meaning to and makes sense of all data and all thought. Because this principle is so necessary and pervasive we must assume it is real not merely an illusion we project upon the universe. Having understood this we can then assume to call it "God" because it functions in the way that God does in the metaphysical schemata that employ that concept.

Quote:P2)We have no choice but to assume the reality of some form of TSed since we cannot function coherently without a TS

In what sense is this true? First of all Derrida and Heidegger both tell us that language is metaphysical. Because of this they both assert that it is impossible to escape metaphysics. Now why would this be?

(2) Language is not merely talking, it is thought. Language is any sort of thought share in an organization of meanings by two or more beings. Thus it is organized, it defines all of reality to the extent that it gives names to all objects, creates correspondences between things, and defines the relationships of these things. That is organizing reality. Just diagram and sentence and you see definition of things, and the corrosponding actions; noun, verb, pro nouns so forth.


(3) Language is thought. when we have no choice I mean because we can't think without language. Language is not just an artificial veil we place over the world, it is the essence of our ideas about the world, the nature of what things are is given to us in the words we use to mark them. Thus we do have no choice but to assume the that the principle is real since without it we could not think. Thought is not wordless feelings. It is ideas and concepts which can only come to us through language.

Thus because we have to use this principle of organizing in order to even understand organizing, to understand anything, we have to assume there is something real out there and that some organization exists.

Quote:P3) We have no choice but to assume the reality of some form of transcendental signified since the universe does seem to fall into line with the meaning we bestow upon it.


I am not trying to take a position lauding the theory of correspondence in language. But it seems fairly obvious that at some level the correspondences seem real since we can navigate in the world by them. Correspondence between the words we use to describe the world, and what we find happening in the world, is fairly crucial and without assuming a reality there we could not get up out of a chair without the gravest fear and trepidation.

Think about it. you want to go to a job interview. You call the place and say "O you are located at 459 Fahrenheit drive? I don't know how to get there." they give you directions, you go there, you find the job. what do you assume? You say to yourself "well, those directions are not really the way to get there, they are just an order my mind is imposing upon the universe and its' just dumb luck that I found the place?" Wouldn't it be more reasonable to assume that there is a connection between the words used to describe the route, the route itself, and the location of the actual job?

Here I mean to use the idea of navigation as a broader metaphor for any kind of intellectual exploration of the world. In that sense we do navigate the world and our navigation works. We do not find ourselves in a Tower of babel where no one can communicate because no two vocabularies are the same and there's no correspondence between what we say and the nature of things. WE must, therefore, assume that there is a correspondence. It's not all just a big trick of the mind that results from imposing an order that is not there. The universe really works by a certain order. that's how it is that our exploration and navigational attempts usually pay off.


One other point needs explication. Most people begin to think about this argument by trying to read into any form of organization the basic organizing principle (OP) that I am speaking of in the TS. Thus atheists will often counter this argument by saying "here's my shopping list, where's the organizing principle?" Other will say there is more than one principle. Of course there is more than one principle of organizing. I'm talking about all organizing, not just any list you can make. The transcendental signifier is not in your shopping list. I'm talking about the major, overall, grand organizing that makes sense of out of the whole, think in terms of things like the dialectic, math, reason, and so on. Not just any activity that employs these but the things themselves.

One example that was used to counter my argument was by a computer guy, an analyst who had a bi-polar tree tracing some problem back to two principles, randomness and math. There are two principles there, everything doesn't just go back to one principle. There is something that has two. But the problem is that's too specific. He's talking about a particular problem he had to solve and I'm talking about all organizing, the whole of what organizes the universe in grand terms. So his project itself falls under a heading, and can be reduced to something like "programing" which is reduce able to something like "math" which reduce able to reason and so on.

With all of this in mind we can assume p3 with no problems. I think, if my navigational thing is working.

Posted by Joseph Hinman (Metacrock) at 8:22 AM