Feeling of Utter Dependence and It's Relation to Being Itself 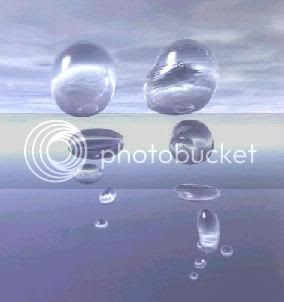 "The name of infinite and inexhaustible depth and ground of our being is God. That depth is what the word God means. And if that word has not much meaning for you, translate it, and speak of the depths of your life, of the source of your being, of your ultimate concern, of what you take seriously without any reservation. Perhaps, in order to do so, you must forget everything traditional that you have learned about God, perhaps even that word itself. For if you know that God means depth, you know much about Him. You cannot then call yourself an atheist or unbeliever. For you cannot think or say: Life has no depth! Life itself is shallow. Being itself is surface only. If you could say this in complete seriousness, you would be an atheist; but otherwise you are not."


--Paul Tillich, The Shaking of The Foundations

I love this quote by Tillich. In a nutshell it says "if you understand that being has depth then you can't be an atheist."

What does this mean that being has depth? How do we know that it does? First let's unpack the statement:

It makes sense to say that God is the ground of being and the source of being. They mean the same thing. But depth what does that mean? Is depth source?

For if you know that God means depth, you know much about Him.

God means depth? So what it means to say being has depth is to say there is a God. God = depth. That would be the case if depth also = ground and source.

Given that Tillich is not making a God argument, granted but there still must be some linear direction for this thinking to take. I think he is saying we know there's a God when we find that being is more than just the source level facts of existence. Just the act of realizing this is to realize the existence of God, for God is the source of being and that gives us the understanding of what depth of being is. The depth of being is it's relation to its source and the relation of all manifestations of being to the source. Just to under that there is more to things than there appear on the surface, is to understand there there is a source of being that transcends the mundane.

This realization is captured in the feeling of utter dependence. To my knowledge Tillich did not speak of the feeling, except in his lectures on History of Christian thought (edited by Karl Braaton) where he speaks of Schleiermacher. But the two are clearly linked. Both are realizations of God's reality through understanding the correlate of divine presence in it's effect upon us. Are these the same or two separate pathways to understanding God's reality?

In the search for an answer I would like to turn back to and unpack a statment made at the end of my essay (see my essay on Feeling of Utter Dependence, two posts ago) made by Roy Williams in his book Schleiermacher the Theologian

"It is the original pre-theoretical consciousness...Schleiermacher believes that theoretical cognition is founded upon pre-theoretical inter subjective cognition and its life world. The latter cannot be dismissed as non-cognative for if the life world praxis is non-cognitive and invalid so is theoretical cognition..S...contends that belief in God is pre-theoretical, it is not the result of proofs and demonstration, but is conditioned solely by the modification of feeling of utter dependence. Belief in God is not acquired through intellectual acts of which the traditional proofs are examples, but rather from the thing itself, the object of religious experience..If as S...says God is given to feeling in an original way this means that the feeling of utter dependence is in some sense an apparition of divine being and reality. This is not meant as an appeal to revelation but rather as a naturalistic eidetic"] or a priori. The feeling of utter dependence is structured by a correlation with its whence." , Schleiermacher the Theologian, p 4.

This quotation is saying that the true basis of belief is not logic or demonstration but the actual experience of the divine itself. But we cannot speak of the divine, yet we can speak of the correlate, the thing that is always found in relation to the divine the foot print in the snow so to say. This is the Derridian "trace" of God in the universe.

"pre-theoretical" means the experience is prior to anything we think about it, it's not the result of theorizing about any constituent experience."intersubjective" means it's subjective but others are experiencing similar subjective things. This statement says that one might be tempted to dismiss this experience as non cognitive, or something that can't be considered cognitively such as a mood or disposition, but if this is the case then we can also dismiss all experience of our life world.Schleiermacher is saying that belief is predicated upon the experience of the feeling of utter dependence, which is a valid correlate of the experience of God. Belief is not the result of Intellectual demonstration or arguments. Does this mean that to turn the feeling into an "argument" is to destroy it or dismiss it? I think it would be a mistake to try and offer the feeling as demonstration of something in an empirical sense. It is certainly a rational warrant for belief. Since that is the standard of my decision making paradigm, it can be offered as such.

S...says God is given to feeling in an original way this means that the feeling of utter dependence is in some sense an apparition of divine being and reality. This is not meant as an appeal to revelation but rather as a naturalistic eidetic"] or a priori.

"offered in an original way" I take to be something like properly basic. The feeling is its own unique experience and connotes what might be logically taken for indication of a correlate to some co-determinate. It's a sign, the trace of God in the universe. But its not a revelation of God, it must be taken as an a priori, like my argument the religious a priori; religion is its own unique discipline not a dumed down version of science or ethics. It has to be taken on its own terms.This is what is meant by William's phrase: "the feeling of utter dependence is structured by a correlation with its whence." Just like the cause of the footprint in the snow is the thing that made the print, so the occasion for the feeling is predicated upon the thing the feeling is about. In other words, the content of religious experiences is religious, we can take that as experience of God.

Tillich bases the notion of being having depth upon our realization of the object of our ultimate concerns. God is that object since God is the final and ultimate embodiment of those concerns. Obviously these are the related areas. They both involve realizations of the same things, although to realize being has depth one need not necessarily express that in terms of utter dependence. But the feeling of UD is basically a realization that we are contingent creatures. To realize that being has depth one must realize that there is an aspect of being that warrants attention in a special way, that deserves to be set apart form the typical sense of the mundane. But there may be two different paths to the same realization; UD seems to be at a more removed level. One becomes cognizant of contingency, then one must realize that one is contingent upon something, and also that all things are contingent upon that same thing (unity in the world--the contingency is upon the same predicate which is what produced unity in the life world).
Posted by Joseph Hinman (Metacrock) at 4:44 AM