Are explainations the only reasons to believe? 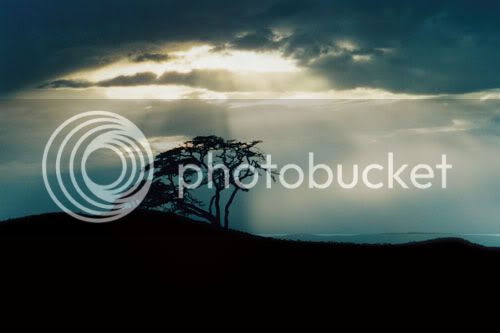 Arguing with an atheist on a message board, the atheist proposed that we don't need to appeal to God to explain religious experience, so therefore, religious experience is no argument for belief. Well, religious belief is not just a matter of offer explanations about the workings of the natural world. From this my opponent concluded that I must be advocating belief on purely emotional reasons or for no reason at all. Why is it that atheists can only think in terms of explaining the way the world works as the only reason to believe in something?


I think it's because this is the basis of empiricism, and atheists tend to empiricists. In fact I would guess that there is a direct link between the atheist's love of empiricism and this inability to come to terms with the reality of the divine. Empiricism by itself can only lead to the total skepticism abbot all things, that's why scientists invented parsimony, because they knew raw empiricism wasn't enough.

Atheists on the net tend to be science groupies; thus they tend to be hard empiricists. They can only think in terms of explaining the natural world because empiricism by necessity must focus on this, since that's about all that can be proven empirically. Due to this sort of thinking the atheists tend to think in terms of explaining nature as the only basis for belief and they think in terms of belief as a sort of failed primitive science. God becomes, not a living reality that transforms one's life, but an explanation for the nature of thunder and rain.

Of course there are many more reasons to believe in God than just a need to explained unexplained phenomena. But even if all the explanations offered by reductionists are true, that doesn't stifle the reality of religious experience. Even if that experience is chemicals in the head brought on by temporal lobe problem that doesn't' abrogate the fact that is life transforming and draws one to the divine; so God must work by temporal lobe displacement or something. The point is, it is not an appeal to God as amines of explanation that predicates the nature of the argument as the grounds for belief. It's the nature of the numinous that is sensed in RE that brings about belief and upon which belief is justified, not the ability to explain something hitherto unexplained.


It's the change in consciousness, what the experince does for us that predicates the belief, not the documentation of stray facts or the need to resolve curisity about nature. The real basis for belief is the bestowal of Grace upon the beilever. this what the atheist has such a hard time getting; it's the relationship. It's what God does in your life; it's the personal and existential discover of a reality and its place in the world, and your place in the world in relation to it that creates beilef and that belief is preidcated upon an experince which brings life transformation and thus must be the bestowal of Grace. It is the response to the Divine, this realization of Grace in our lives, not the need to offer an answer about things bewst left for scinec call. The ramifications of a relationship seem to baffle atheists in many ways..they seem to always want to expalin them away, to expalian them in pscyhologial terms, even though every view of them have ever had one.

I have challeged atheists on message boards to asnwer a series of questions desinged to test the personal natural of relationship with God. i have yet to meet a "dconvert" who can answer all the questions. Its' the relgaitionship that has them confussed.
Posted by Joseph Hinman (Metacrock) at 6:11 AM

When have you ever used a "test"? I don't recall any kind of challenge or quiz.

I used that ploy mostly on CF. They had a phase where the ath's kept arguing dconversion stuff. So I decided to challenged their alledged former spirutality.

maybe you should repeat it on Numinous, would like to see it ....

sure; I don't have a copy but I know the basic jist of it.