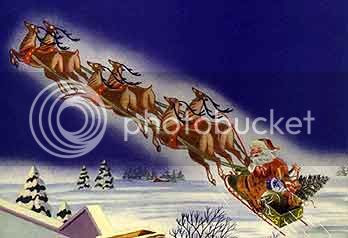 Well I tried a humarous post, but it seems my brother was right when he warned me not to expect many people to relate to my sense of humar. it seems a lot of people have understanidng or relating to my humar. So I think it best that I just give a serious message. I am deeplly concerned about what I see happening on message boards. I find it much harder to communicate or build trust with people who have different views than my own. I am thnking that is the result of something that has happened the sub cluture of atheists. It's probably a backlash to the major culture of Bush world. That's the rub, I find that atheist and fundametnalists are just flip sides to the same coin.

But as christians we are called to love. Love is the center, it's the basis of it all. In my opinion love is the background of the moral universe. that means morality is tested and understood and is only meaning amid a context of love. Love is the basic character of God. As christians we are to open our hearts to the Holy Spirit so that he will pour God's love into our hearts and then we take it out into the world. (Romans 5:1).

it's easy to be side tracked from this when people don't want our love and or don't seem to want God's love. It's easy to overlook how people have been hurt. I think the anger and bitterness I see in the atheist world now is a reflection of a reation to what they see in the main stream cluture dominated by a political truth regeieme that fancies itself the messerger of God and the kingdom of God, and which is odious to all those who are not willing to play it Bushes way.

I would have thought that the atheists would appreciate liberal theology more, but somehow they seem to resent it more. I don't understand that. They seem stuck in this idea that only the fundies can be the true christians and seem to resnet attempts to make christain doctirne more intelligeable to the world. On one such message board they call that "Jesus lite." As though it can only be treuly of Jesus when it is narrowminded and angry.

To be assuailed by 30 people calling you names and cursing at you just because you wanted to tell them about other ways of looking the gospels, asidie from committing them to flames, is very disconcerting and tends to make it hard to give a loving response. When I have time to think about it, however, I have to because I was an atheist and I have to undersatnd something of where they are coming from.


I am hoping we can bury all of this in Christmas and just get into good vibes. Try to remember what Christmas is about. It's about redeemption, it's about saving the world.
Posted by Joseph Hinman (Metacrock) at 10:43 PM

Actually man, I really do think you hate atheists. It seems a lot of the recent posts are filled with ressentiment rather than what they used to be.

There is nothing wrong with leaving message boards but there is something a bit strange about posting "I hate" with christmas.

Please go back and read what you used to write, I used to come here quite often, the ressentiment is too much and too often.

I find that trying to dela with atheists is a lot harder than it used to be. Their hatred has reached critical mass.